Did the Roots Sneak in a Dig at Donald Trump on Fallon Last Night? 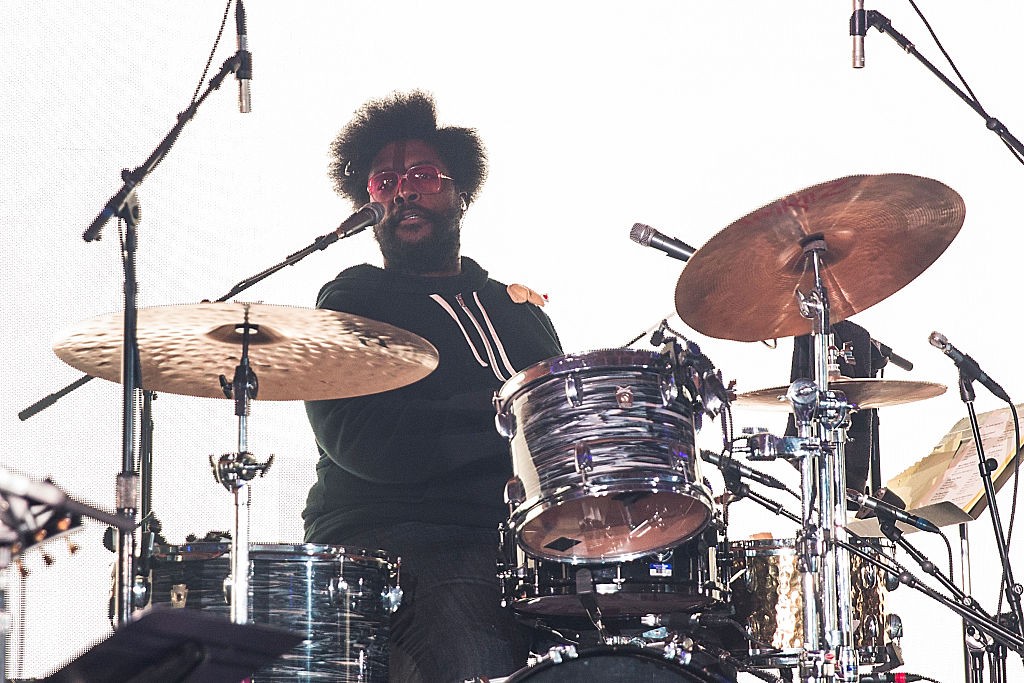 Last night, Jimmy Fallon fuzzled Donald Trump’s hair on TV like an attention-starved child who’d just met a giant, racist Pomeranian. House band the Roots were just across the set, somehow holding their poker faces. Or were they?

As ThinkProgress points out, the band greeted Trump with a couple of lines from Erkyah Badu’s “20 Feet Tall”: “Then you, you built a wall / A 20 foot wall, so I couldn’t see.” This would seem to be a not-too-subtle reference to Trump’s outlandish proposal to build a wall along the entire length of the U.S.-Mexico border. (Trump has proposed that his wall would be anywhere from 30 to 50 feet high.)

Trump’s walk-on music was cut out of NBC’s official clip, so the wink went largely unnoticed. There is, however, a bootleg YouTube video of the entire Trump segment:

Back in 2011, the Roots ended up in hot water with NBC after they picked Fishbone’s “Lyin’ Ass Bitch” to welcome then-Congresswoman and Republican presidential candidate Michele Bachmann. After that, the network reportedly insisted on clearing the band’s choices in advance.

The Roots’ ?uestlove is a smart political commentator who frequently speaks out about issues like racist policing and #BlackLivesMatter. He even wrote about the Bachmann debacle at length. If he has any critique of Donald Trump, though, he’s kept it private. He hasn’t so much as tweeted Trump’s name since 2013.