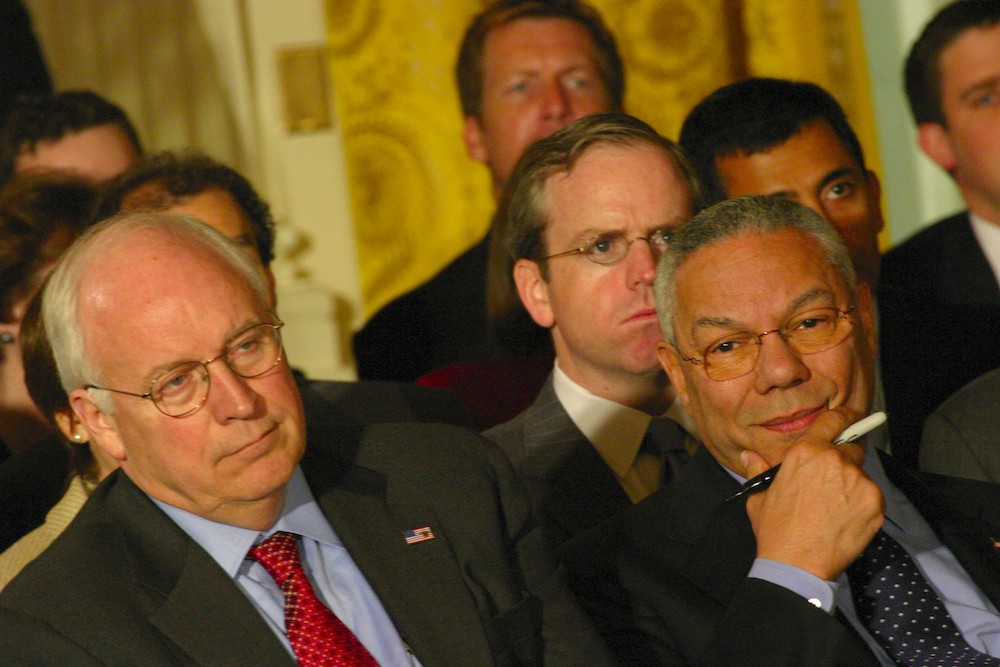 Former Secretary of State Colin Powell and immortal lizard person Dick Cheney worked together for years in George W. Bush’s administration, and there’s no love lost between the two. Their feud has been detailed over the years, but a newly revealed private correspondence shows how Powell really feels about his ex-colleague. In 2015, Cheney and his daughter Liz wrote Exceptional: Why the World Needs a Powerful America, a 336-page masturbatory manifesto about how America is actually … Very Good, despite what the haters and losers have to say. (President Obama, in their estimation, is Very Bad.) The book sits around 81,000 in Amazon sales rankings; like most lengthily-titled books written by self-important political figures, it came and went.

It turns out that Colin Powell was one of the few who read the book, and ultimately thought it was dumb as hell. “They are idiots and spent force peddling a book that ain’t going nowhere,” Powell wrote in an e-mail to Kenneth Duberstein, the former chief of staff to Ronald Reagan, as Buzzfeed reports. “Will pass without a trace with most Americans,” he later wrote.

In the e-mails, Powell had rude things to say about his former colleague Donald Rumsfeld (“I gagged as [George H.W. Bush] praised him as the ‘best’ at the statuary hall unveiling”) and Donald Trump (a “national disgrace”). He also expressed reservations about Hillary Clinton, and brought up a New York Post story claiming Bill Clinton has a mistress—or as he called him, “a husband still dicking bimbos at home.”

The e-mails were made available by DCLeaks.com, a site that’s been leaking e-mails from top officials. (The Wall Street Journal reports the site may have ties to Russian intelligence services.) The Russian hackers have been attributed with a number of shady leaks from this election cycle, most of them unflattering to the Democrats, so it’s nice to see the pendulum swing toward what the people really want: catty gossip involving uber-elite conservative senior citizens.