Silly Republican Accuses Colin Kaepernick of Being an ISIS Sympathizer 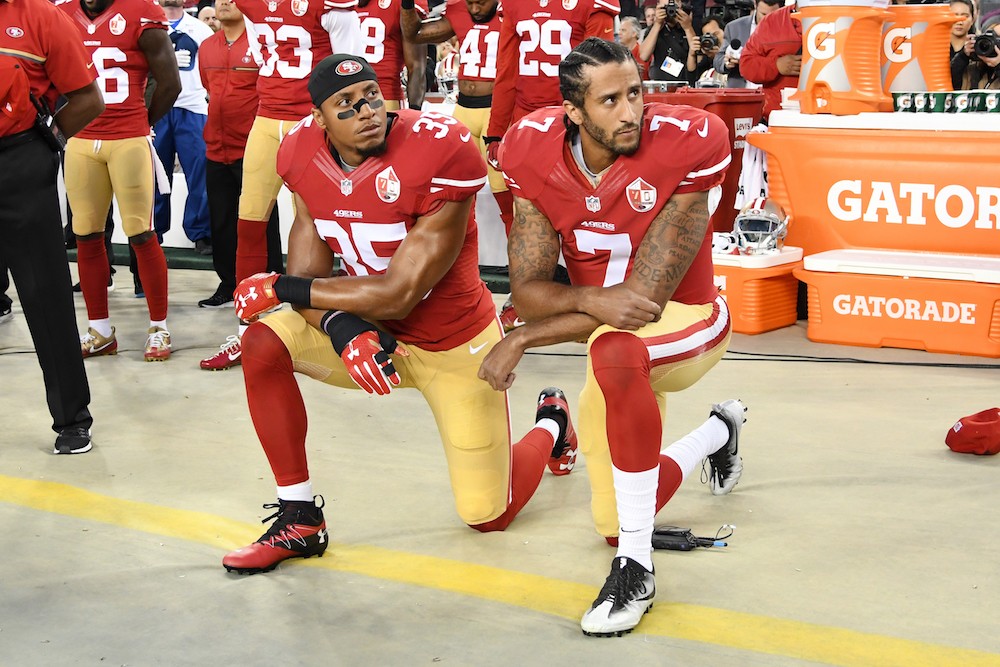 Colin Kaepernick’s decision to take knee during the National Anthem was to protest the continued violence against African-Americans in this country. He said it himself: “I am not going to stand up to show pride in a flag for a country that oppresses black people and people of color. To me, this is bigger than football and it would be selfish on my part to look the other way. There are bodies in the street and people getting paid leave and getting away with murder.”

Jingoistic fear-mongering is worth more than black people to some. Today, Republican congressman Steve King did an interview with conservative-focused news organization Newsmax’s Steve Malzberg. According to him, Kaepernick is anti-American and pro-ISIS.

“I understand that he has an Islamic girlfriend that is his fiancée, and that this has changed him and has taken on some different political views along the way,” he said, referring to Kaepernick’s girlfriend, TV and radio personality Nessa Diab. “This is activism that’s sympathetic to ISIS.”

Of course, this isn’t the first (and probably not the last) time Kaepernick and ISIS were strung together in the same thought. Last weekend, John Kushma a contributor for non-satirical political newspaper the Hill, wrote the following lede:

Come November, either Donald Trump or Hillary Clinton may have to deal with a national problem more serious than ISIS, Russia, health care, taxes, or sexual assault in the military. They may have another Civil War on their hands.

Imagine positing that a football player kneeling during an anthem created by a slaveowner will start the next Civil War. What we have learned from all this is that, for some media bigots, common sense is an afterthought when it comes to protecting whiteness.