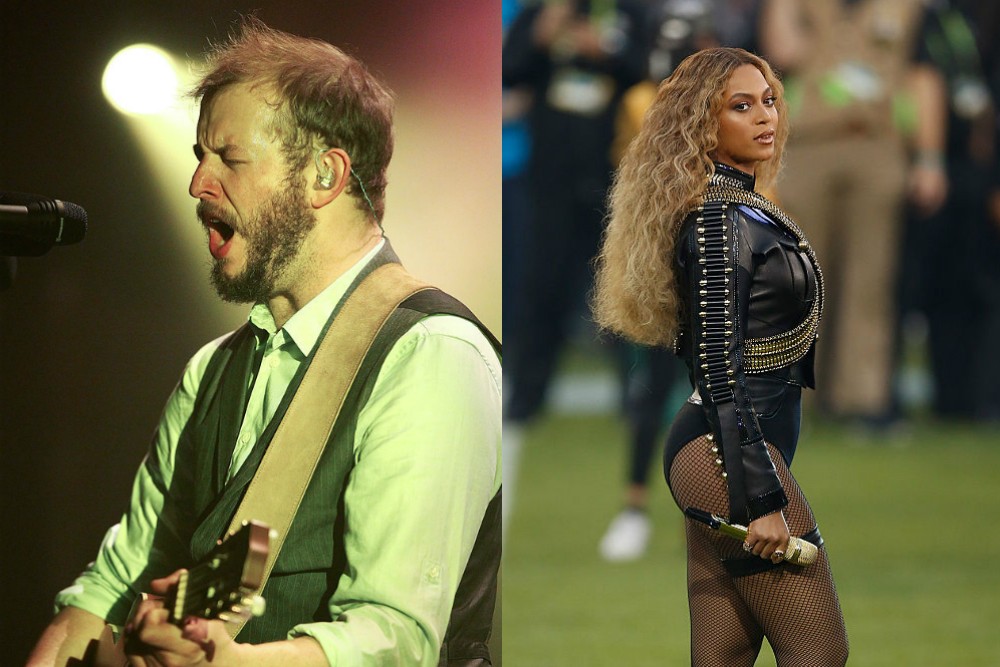 Bon Iver’s Justin Vernon, who usually seems like a pretty affable guy, got a little feisty complaining about corporate money in music during a recent interview with the Guardian:

Like, I’d prefer Beyoncé didn’t do a Pepsi tour. Do not take two million dollars from Pepsi and be a role model for young girls. Do not do that. That stuff does anger me. And I feel like I am not afraid to talk about that stuff.

He is not afraid! People whose memories stretch back to 2011, however, recall that Vernon appeared in advertising for the whiskey brand Bushmills. In a 2015 interview, Vernon admitted he “regrets” that:

It’s run by a corporation, and you kind of forget that they’re not interested in you or really what you’re doing. They’re interested in your popularity and your reach, and it felt really sickening after a while. Not badmouthing Bushmills the company, but I regret it. I regret it because it wasn’t us and they put my face on a fucking billboard … It just doesn’t feel right after the fact, you know?

Fleet Foxes’ Robin Pecknold weighed in on the faux-controversy yesterday, writing, “Is a Pepsi and Bushmills a drink?” under a picture from The Emperor’s New Clothes in a since-deleted Instagram post.

Is Beyoncé a role model who also happens to be extremely successful? Is Vernon maybe a little bit of a hypocrite? You decide.