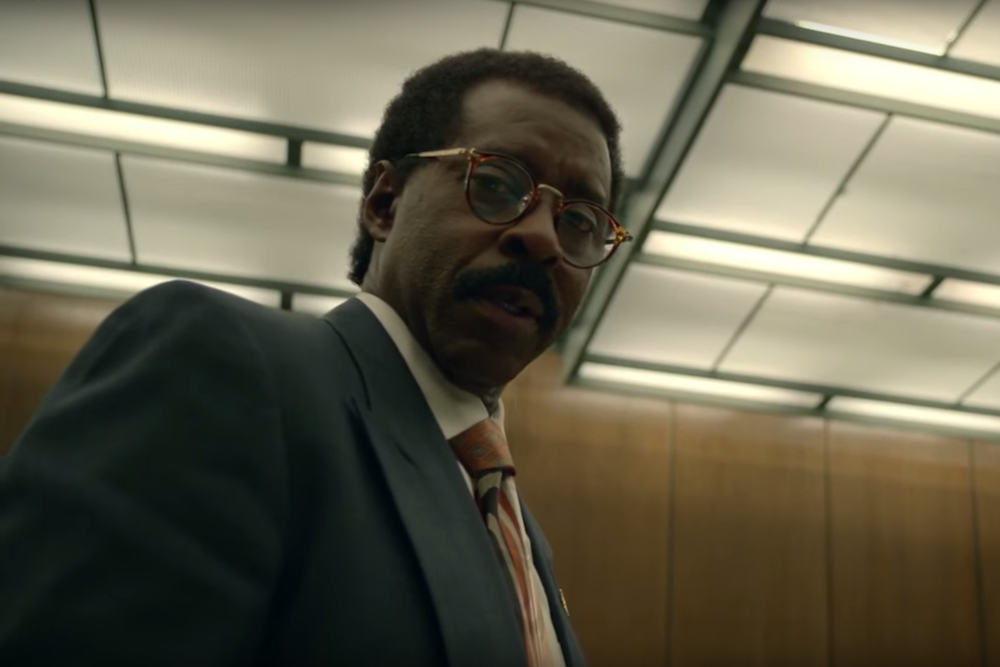 Serena Williams danced for Beyoncé, and Lemonade still didn’t get an Emmy out of it. The world isn’t completely a bottomless abyss of injustice, though. The People v. O. J. Simpson: American Crime Story, the best show of the year, cleaned house and picked up five trophies at the Primetime Emmy Awards.

If you haven’t watched American Crime Story yet, you should–as I’ve just said, it’s the best show of the year. But if 10 hours is too much of an ask, there’s this 40-second scene featuring Sterling K. Brown’s Chris Darden and Courtney B. Vance’s Johnnie Cochran. Vance and Brown both won Emmys (Outstanding Lead Actor and Outstanding Supporting Actor in a Limited Series or Movie, respectively) for their portrayals of black lawyers caught on opposing sides of the case of the century. This N-word-dropping clip synopsizes a few of the series central tensions: prosecutor Darden supposedly betraying his blackness; Cochran playing the race card to contort the narrative to his favor; and, of course, the terrible decision of using racist detective Mark Fuhrman (who was present at Nicole Brown Simpson and Ron Goldman’s murder scene) as a witness. It’s also the most vicious sonning to air on television since Don Draper shitted on Michael Ginsberg in the elevator.

Let’s examine the context: The episode the scene takes place in (titled “The Race Card”) starts off with Cochran’s run-in with the white police officers in 1982. Despite attempting to follow protocol for being caught driving while black, he’s eventually handcuffed on top of the hood of his car as his daughters watch from the backseat in fear. Here, we see one of Cochran’s core motivations in the O.J. Simpson trial: To expose the LAPD for the racist gang they are.

Fast forward to the actual trial where Darden is clumsily trying to get the judge to disregard Fuhrman’s alleged racism, because having a racist on the witness stand obviously doesn’t help when a good portion of the jury is black. But instead of saying that, he came up with a nonsensical excuse of an argument: Black people can’t use common sense when the N-word is thrown in.

It was a wrap. In a matter of seconds, Chris Darden became Chris Cochran as Johnnie went off:

Across America, believe you me, African-Americans are offended at this very moment. And so for a friend that I deeply respect, I would say this was: Outlandish. Unfortunate. And unwarranted.

The verbal belting within those pauses makes the scene a series highlight by themselves. But look at the smug look on O.J. Simpson (Cuba Gooding Jr.) and attorney Robert Shapiro’s (John Travolta) faces. Look how high they’re getting off this W and their own asses. 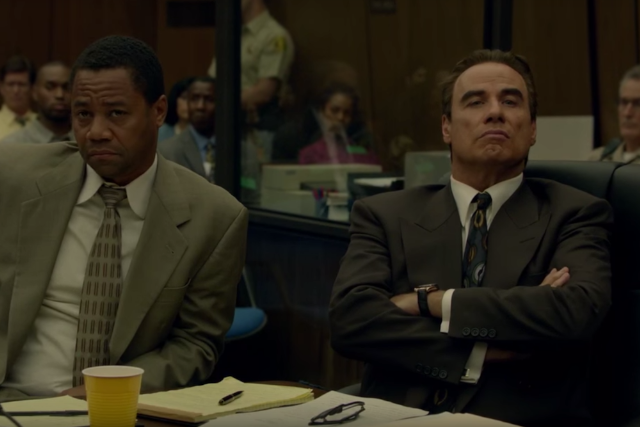 This is a lot to take in before Cochran’s real slam dunk comes. He does a quick turn to look down at the camera, and at poor in-over-his-head Darden. You see the mix of pity in his angled eyebrows, and the venom in his eyes, as he shakes his head. Bless your heart, child, they say. Bless. Your. Heart. 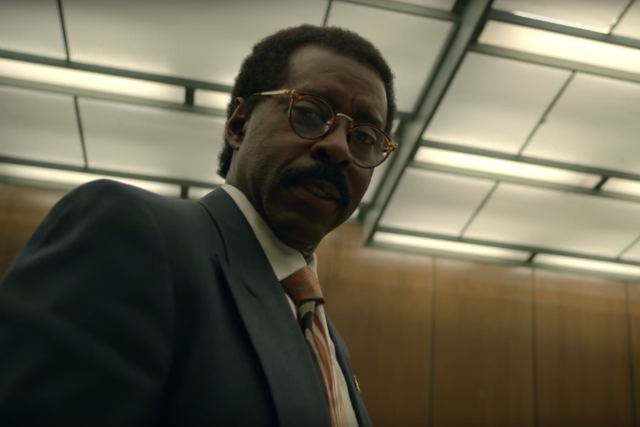 Darden, made small, can do nothing. 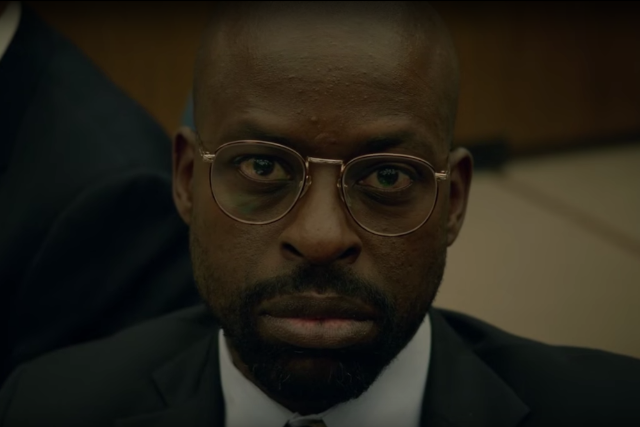 Have you ever seen a baby’s dumb look after he throws up his Gerber formula? This is that, but with suits and grown men. The instantly entertaining 40 seconds is a microcosm of why American Crime Story worked so well, by melding storied cultural dialogue and sensitive character dynamics into a visceral, urgent experience.

On Mozart in the Jungle, The Man in the High Castle, and the Twilight of Television’s Golden Age