YG‘s video shoot for the original “FDT” went south thanks to law-enforcement interference. The Bompton rapper had an easier time the second go-around with “FDT 2,” which features Macklemore and G-Eazy — the white rapper representatives of the anti-Donald Trump faction.

The Matt Hobbs-directed video visualizes the song’s thesis: A lot of people really don’t like the Republican candidate. Footage of numerous anti-Trump protests play as the trio of rappers recite their verses at the camera. The clip ends with a scene of an apparent Trump supporter getting verbally accosted. Give the whole thing a watch below. 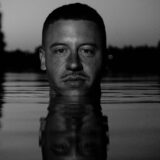