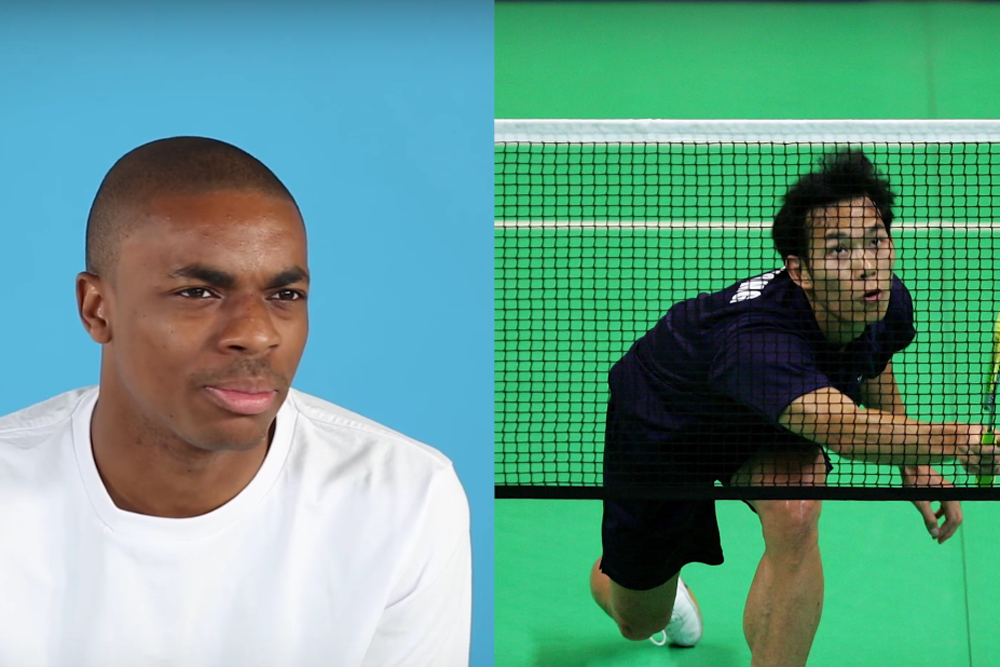 Vince Staples has a new video series at GQ called “Vince Staples Reviews Every F**king Thing.” In its first installment, the Long Beach rapper critiques athletes from the ongoing 2016 Rio Olympic games. “This is like an FKA Twigs video,” he says of some contorted-in-midair divers. “I know The Juice when I see The Juice. And that’s The Juice,” he says of Guatemalan badminton player Kevin Cordon.

Another choice quote: “I’m not really a fan of this male gymnastics — trying to jump hard as you f**king can. There’s no grace in that,” he says. “You need grace to do that. We have to stop playing women’s sports. We are not creative enough. They make us look stupid. They’re smarter than us.”

Watch below via GQ.