The Julie Ruin Get Stuck Around New York City in Their ‘Mr. So and So’ Video

While their male drummer, Carmine Covelli, gets to drink champagne and eat cake 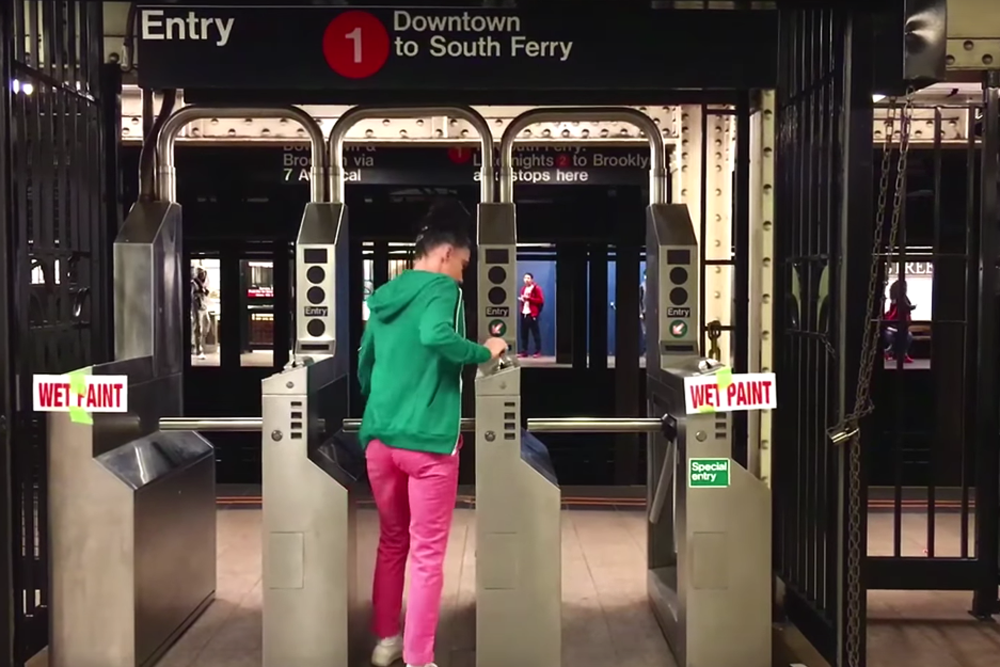 The Julie Ruin have shared a new video for their Hit Reset single “Mr. So and So.” Mirroring the song’s ignorant-bae-thinks-he’s-woke verses, the video is, according to PAPER, a “visual representation of how tokenization makes one both visible and invisible.” To that end, the clip, which is directed by frontwoman Kathleen Hanna and visual artist/Excuse 17 founding member Becca Albee, portrays Julie Ruin drummer Carmine Covelli playing “Mr. So and So” himself — a supposed “male feminist” who sits around drinking champagne and eating cake while Hanna, guitarist Sara Landeau, and bassist Kathi Wilcox are very clearly stuck in place (Hanna in particular can’t seem to get her MetroCard working). Watch it via PAPER below.