One person was listed in critical but stable condition 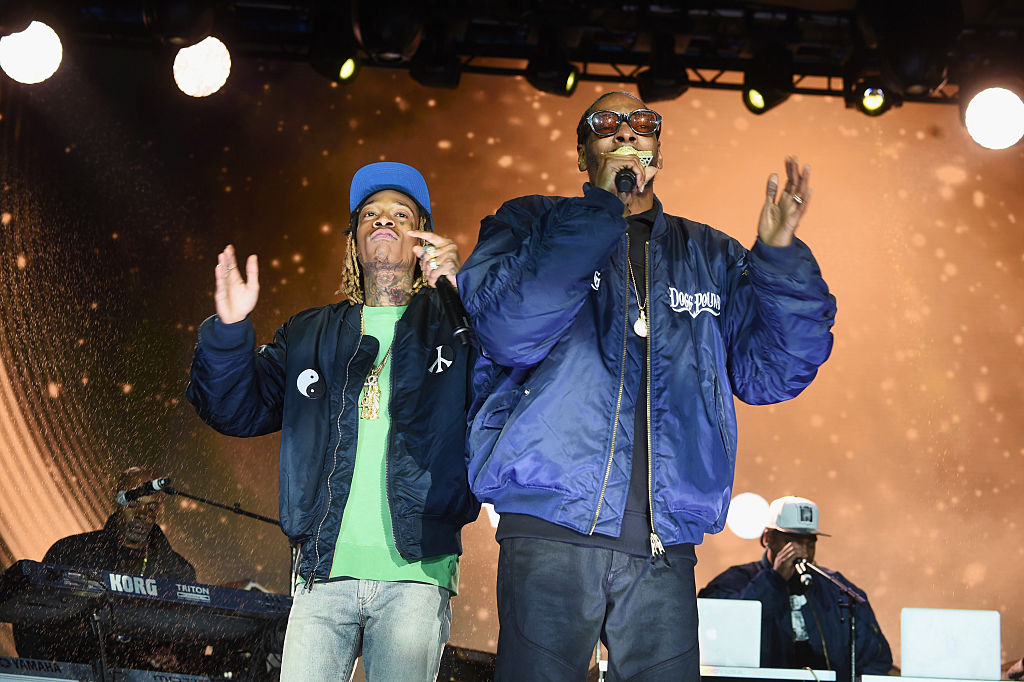 Wiz Khalifa and Snoop Dogg perform together in May 2016. CREDIT: Getty Images

The railing’s collapse caused fans standing on a sloped lawn to tumble forward into a sunken concrete pathway, suffering broken bones and bruises. One person was listed in critical but stable condition at a local hospital. (Initial reports indicated only that ten or 15 people were injured.)

“Okay, that’s enough of that,” Snoop Dogg can be heard saying in video of the incident, apparently asking an offstage DJ to cut the music. Security escorted Snoop and Khalifa from the stage, and the rest of the concert was subsequently cancelled. Neither rapper appears to have issued a statement or commented on social media.

42 people were injured when a railing collapsed at a #SnoopDogg concert. (Credit: @cak2014) https://t.co/q1P4NkkUbqhttps://t.co/rzkTINc5Uk