Update: Shaun White has responded to the allegations against him with a statement issued through his attorney, TMZ reports. “Many years ago, I exchanged texts with a friend who is now using them to craft a bogus lawsuit. There is absolutely no coincidence to the timing of her claims, and we will defend them vigorously in court.”

Shaun White, the snowboarder, is also a member of a band named Bad Things. They’re in the spotlight not because of a song, but due to a lawsuit levied against White. Ex-Bad Things member Lena Zawaideh alleges that he continuously sexually harassed her during her tenure with the band, according to TMZ. Zawaideh, a drummer, was fired from the group at the end of their 2014 tour.

“I am pursuing this case because women should not have to tolerate harassment at work,” Zawaideh says in a statement. “Shaun White should not be allowed to do whatever he wants just because he is famous. Although I am embarrassed to have been treated this way, I cannot sit by and watch him do this to other women.”

Zawaideh is suing for non-payment of her contract in addition to the damages resulting from the alleged sexual harassment. She also supplied TMZ with apparent evidence to support her claims. You can look at the images below. 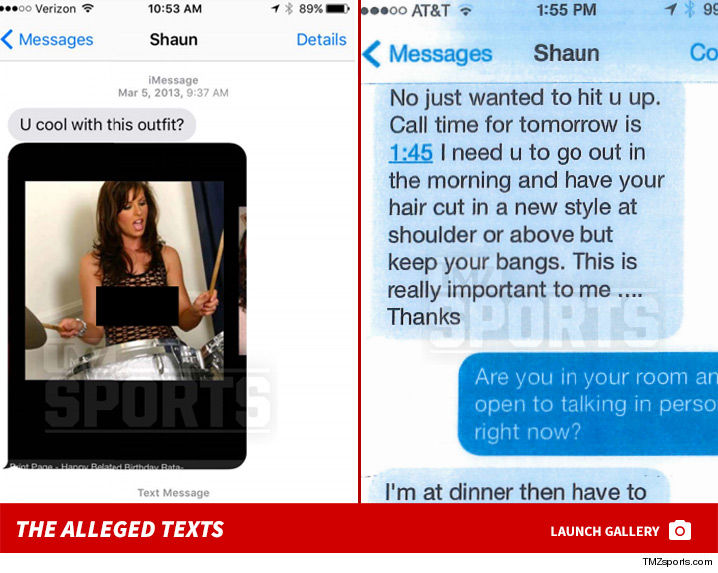