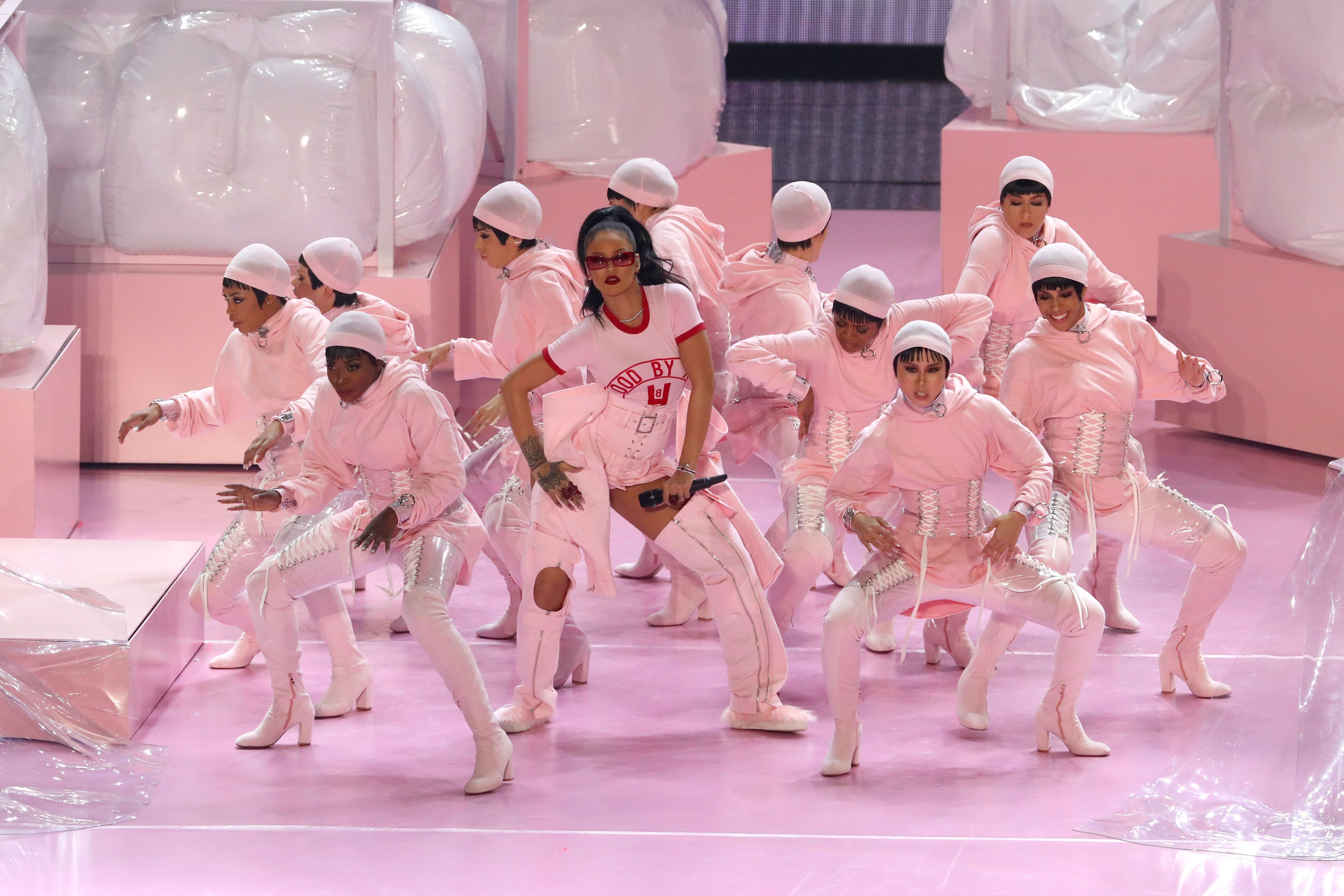 Rihanna served as MTV’s unofficial house performer for the Video Music Awards this year, performing a quartet of medleys spanning her career of megahits. The first opened the show and focused on her more club-ready classics; the second leaned towards her dancehall numbers and climaxed with 2016 chart-topper “Work”; the third showcased her best trap ballads (including recent single “Needed Me”); and the fourth featured her best torch songs, climaxing with “Love on the Brain.”

She also accepted MTV’s Michael Jackson Video Vanguard Award, also known as the Lifetime Achievement Award, from a late-to-the-party Drake. Looking totally smitten (if not downright ready to propose) in his tux, Aubrey gave a gushing introduction to his longtime collaborator, saying he’s been in love with her “since [he] was 22.” (She did kinda duck his Big Kiss attempt, though.) Rihanna gave a short and exceedingly classy speech, accepting the award in the name of her home country, black women, and everyone else she’s proud to have represented on MTV since her 2005 breakout.

The ANTI singer was nominated for a total of four other VMAs this year, for “Work” with Drake and “This Is What You Came For” with Calvin Harris, who won won Best Male Video. Other recent Video Vanguard Award winners have included Kanye West, Beyoncé, and Britney Spears, all of whom appeared at tonight’s show.

Catch some of Rihanna’s performances below.