Review: Dinosaur Jr.’s Minds Are Green as Ever on ‘Give a Glimpse of What Yer Not’ 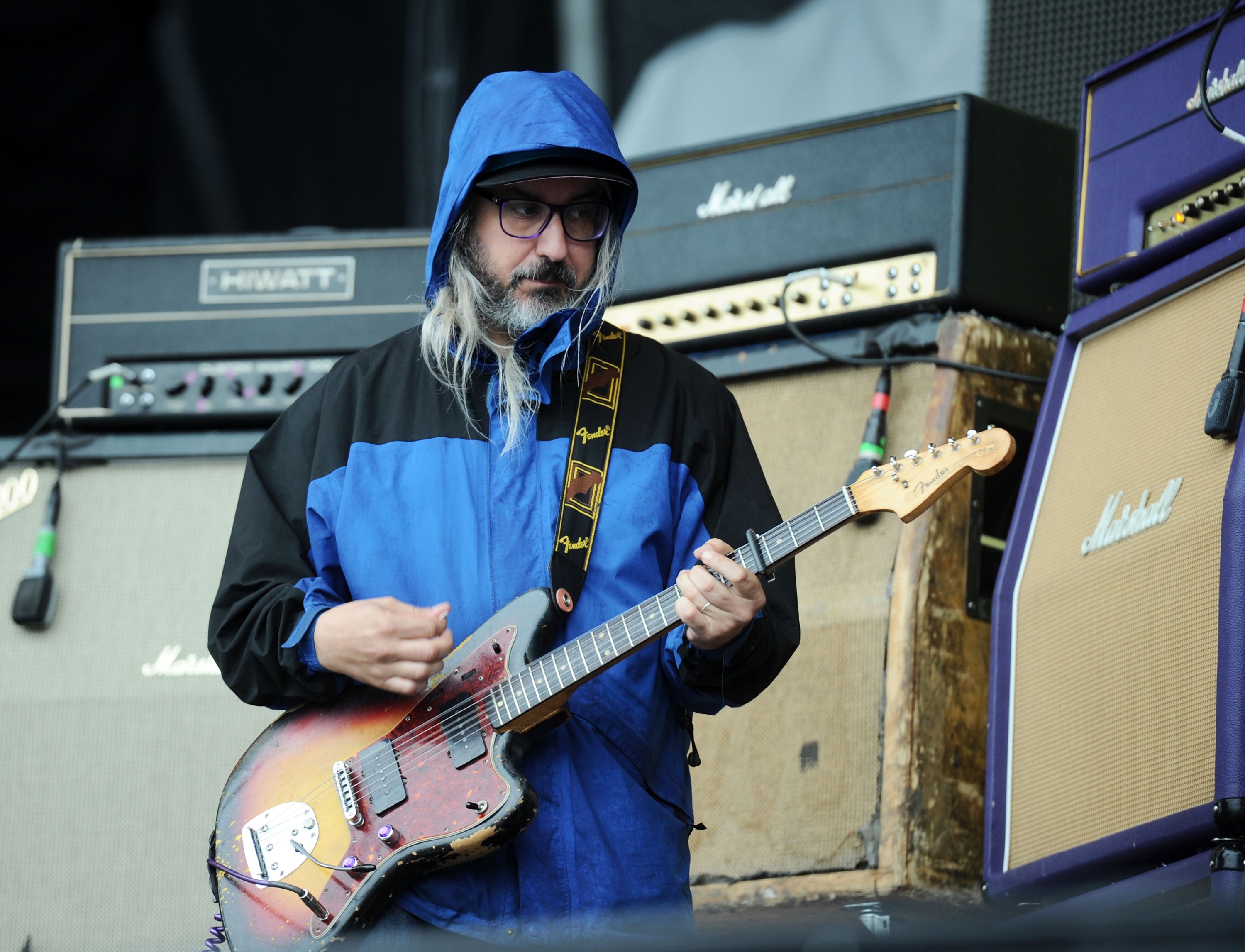 The guitar splatter of Dinosaur Jr. is one of the most instantly recognizable sounds of the early-‘90s alt-rock boom. But even given the influence of the trio’s sticky noise-smooches, few of their successors have ever pushed a distortion pedal as well. Now deep into their surprising second tenure — returning for their fourth new LP since 2007, after taking a near-decade off — the band’s as unstoppable on 11th album Give a Glimpse of What Yer Not as frontman J Mascis’ infinitely grey hair.

Opener “Goin’ Down” greets you with the lumbering zeal of a golden retriever. Its noggin-gripping hook and incessant rhythm (continuing their patented trick of conjuring hardcore’s oomph despite never actually being punk) duel with Mascis’ unmistakable drawl. And then “Tiny” does it even better, a lost Partridge Family hit thick with Lou Barlow’s bass bobbing up and down, before one of those Mascis solos comes flying in like your favorite uncle walking through the screen door at a 4th of July barbecue. At this point it’s apparent Mascis can whip up knockouts like this in his long afternoon slumbers, so calling it one of Dinosaur’s best-ever pop ditties is saying something.

Those noisy, waxy workouts (“Tarpit,” “The Post”) that served to make the hookier tunes even brighter on the ’80s Dinosaur albums have mainly been left behind with the band’s youth since their 2007 return. But the swaying, softer respites on Not prove just as effective. Barlow adds the keenly harmonized “Love Is,” which is trés ‘70s in title as well as melody. “Knocked Around” is J’s own turn at serenity-now, going even quieter — that is, until the excellent mid-tune blast-off into distinctively gnarled Dinosaur terrain. The sludgy waltz “I Walk for Miles” and punchy demi-ballad “Be a Part” balance out the fuzzily familiar stuff, like “Lost All Day,” which is as comfy as a worn Where You Been tour tee with visible Fruitopia stains.

Barlow’s closing “Left / Right” offers a glowing, Big Star-like exit from the album, priming the trio to go their separate ways once again. But maybe not just yet. They were sure as hell on the same path at a recent gig at House of Vans in Brooklyn, where their penchant for burnout-endearing volumes hadn’t tempered a lick. When one has a Green Mind, the mold doesn’t show.