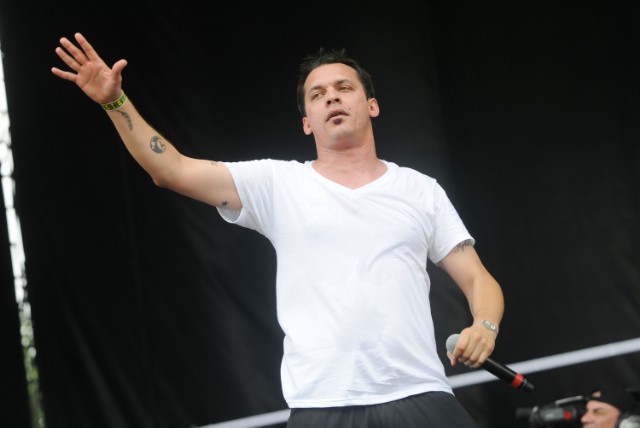 Respect to Sean Daley; he’s been thinking out loud for damn near 20 years now under the name Slug as part of the duo Atmosphere, alongside his last-MPC500-standing producer, Ant. Slug’s as real as it gets, in the sense that reality can be both emotionally gut-wrenching and completely boring — and in the sense that someone can have a two-decade career in hip-hop and not actually change anything, or really try to. Daley acknowledges that he’s white-passing, and, for a storytelling type, he seems like a good listener. He’s a model of modest success and such an everyman that it feels slightly perverse to call his audience a cult. But it’s also unlikely that most of his devotees have much to say about, like, “Panda.”

While it’s a cardinal sin to some, Not Mattering isn’t actually a problem when the artist in question is making albums as good as the 2001 EP compilation Lucy Ford and 2002’s proper breakthrough, God Loves Ugly, which cemented Atmosphere as the standard-bearers of pre-Drake “emo-rap,” or 2014’s Southsiders, an atypically strong collection with more of the post-Drake same. The sparse, often electro When Life Gives You Lemons, You Paint That S**t Gold poked at the mainstream in 2008 with the bluesy “Shoulda Known” and more synths than any other Atmosphere record. But otherwise these guys have more or less stayed the course, and the new Fishing Blues feels so rote you’ll have to play the old records to remember that it’s not the Atmosphere norm.

In fact, the terribly unfunny first single “Ringo” might be the worst song they’ve ever made. In trying to lampoon some generic famous trainwreck, Slug instead comes off like he hasn’t kept up with current partying clichés between touring and dad-ing. His protagonist is unimaginatively “throwing up in a rental car / Waking up in a reservoir” (??) and the extra-dinky beat manages to evoke both a children’s album and Eminem at his goofiest, to name two things that are more fun to listen to. In 2014, Hailfax-based alt-rap polymath Buck 65 released “Super Pretty Naughty,” an absurd (and flawlessly executed) parody of EDM culture through the lens of a Rhymesayers/Stones Throw type. At the other end of that spectrum lies “Ringo,” which is fatally more out-of-touch than the archetype it’s commenting on — and what did Richard Starkey do to deserve the title shout-out anyway?

You may have guessed from the title Fishing Blues that this is the Atmosphere album that cuts one slice of life too many. The endless reassurances to Slug’s kids and family play like he made them a whole library of videotapes for when he’s gone, like Jack Donaghy planned to on 30 Rock. Therefore much of Blues’ second half is riding-into-the-sunset music on repeat — it’s got more slushy endings than Wayne’s World. On “Still Be Here,” wide-eyed lines like how he’s “fascinated by the freedom of wings” could only be followed by a question about how magnets work. (What we really need is an explanation of what “I’m so vain that my heart’s like a rooster” means.) Of course the song ends with one of his toddlers talking.

Then comes “A Long Hello,” with twangy backing that, again, Buck 65 frequently does so much better, and lyrics like, “There’s far too many breakup songs and not enough songs about the moment we met” are simply not woke enough regarding how they’re trading one trope for another. Though his attempts at inventiveness might actually be worse: “I write songs that I’m living in / Welcome to my sweatshirt.” Southsiders, from just two years ago, is a very good album. Scout’s honor that he didn’t always rap like Chiddy Bang.

Meanwhile, Ant’s gotta cool it with the acoustic guitar. The Appalachian folk chords of “Won’t Look Back” were played in a better key on 2003’s “Always Coming Back Home to You,” and it’s hard to listen to “Pure Evil” without singing, “You and meeeeeee / We used to beeeeeee together.” (It’s not a good sign that the No Doubt song is somehow more intense than Slug’s limp examination of police brutality.) The most interesting production here may be the late-buried “Anybody That I’ve Known,” which is drenched in a kind of Stereolab-meets-Automatic for the People organ with a bold Vocoder hook from Daley. The striking opener “Like a Fire” and diced-flute, Deltron 3030-reminiscent “Besos” do their best to wriggle out of this album’s perilous stiffness. But overall there’s no bite — Ant’s usual mix of live instruments that sound like samples and vice versa are too laidback for Slug’s anxious delivery, like a Curren$y album that can’t relax.

This is where it’s no fun to mention that Macklemore and Ryan Lewis — long-derided as the diluted (and possibly deluded) versions of Slug and Ant — made a better record in 2016. Atmosphere gets credit for saving a lot of fans, helping them focus on hope instead of their shared darkness, but on Fishing Blues, all that introspection makes them truly sound walled-off. Macklemore’s dodo-like fearlessness, hobnobbing with rando celebs (Idris Elba!), and grandiose stagings for both his flamboyant and tortured sides didn’t reinvent the wheel. But they gave this kind of quaint family-man rap some new adventures for a narrowing niche. Slug’s a good, promise-keeping dude; he’s always coming back home to us. But it’s become tempting to cheat.