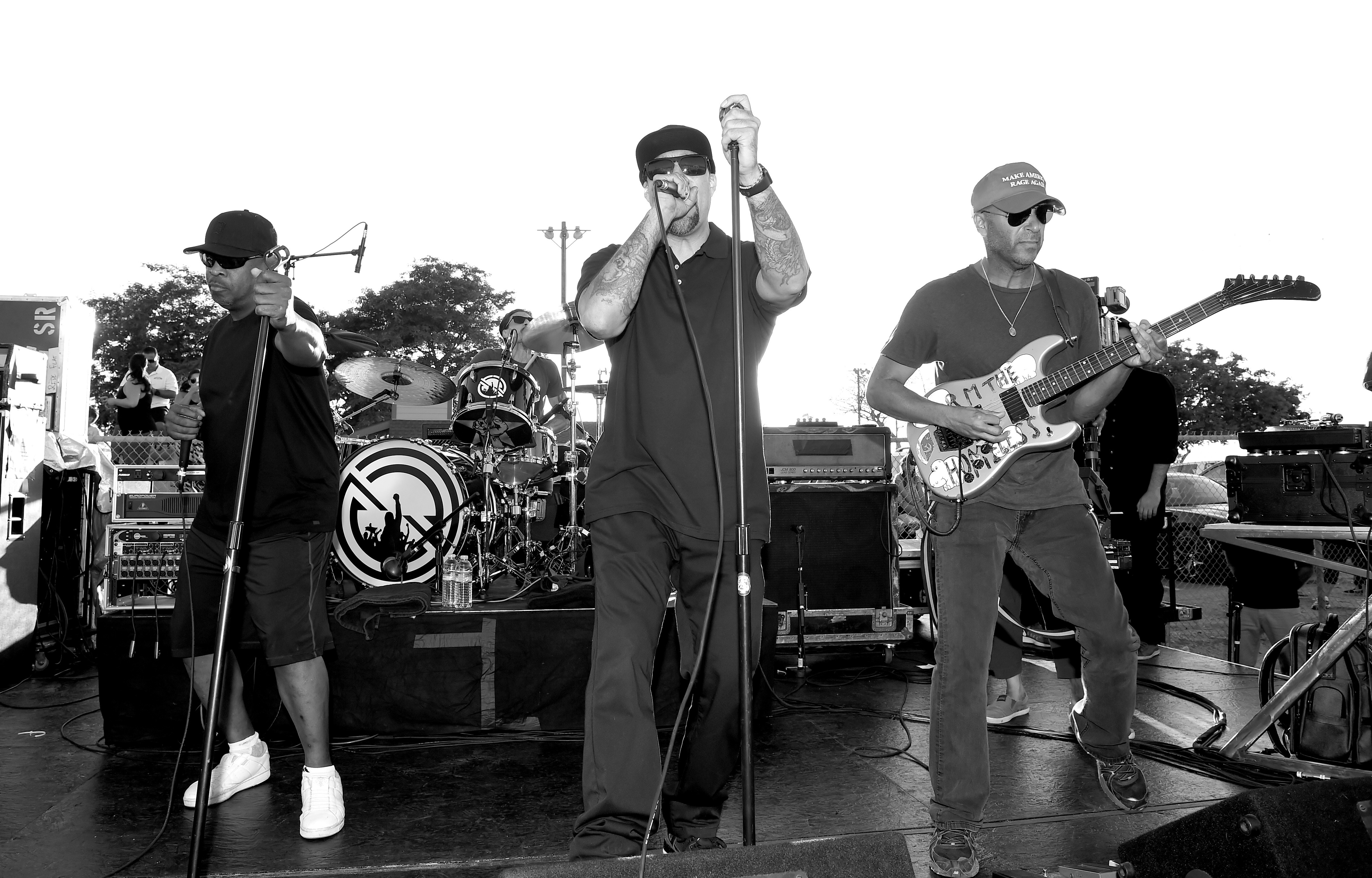 For many of us who grew up in the ’90s, Prophets of Rage are a dream come true: the vaunted rhythm section of Rage Against the Machine — considered by many to be the greatest rap-rock band of all time — backing the legendary likes of Public Enemy’s Chuck D and Cypress Hill’s B-Real rather than the much-missed Zack de la Rocha.

They do classic songs from all three outfits, just announced a massive U.S. tour, and next week they’ll bestow upon us their first release, an EP called The Party’s Over, which contains two new tracks: the title tune and a live one called “No Sleep ‘Til Cleveland.” The other three songs should be familiar to longtime fans of their most well-known projects, even though their already-released version of P.E.’s classic “Prophets of Rage” has been given a retooling with a new verse from B-Real. Check out the EP’s track list below.