Prophets of Rage Declare ‘The Party’s Over’ on New Song

Their new EP of the same name comes out tomorrow 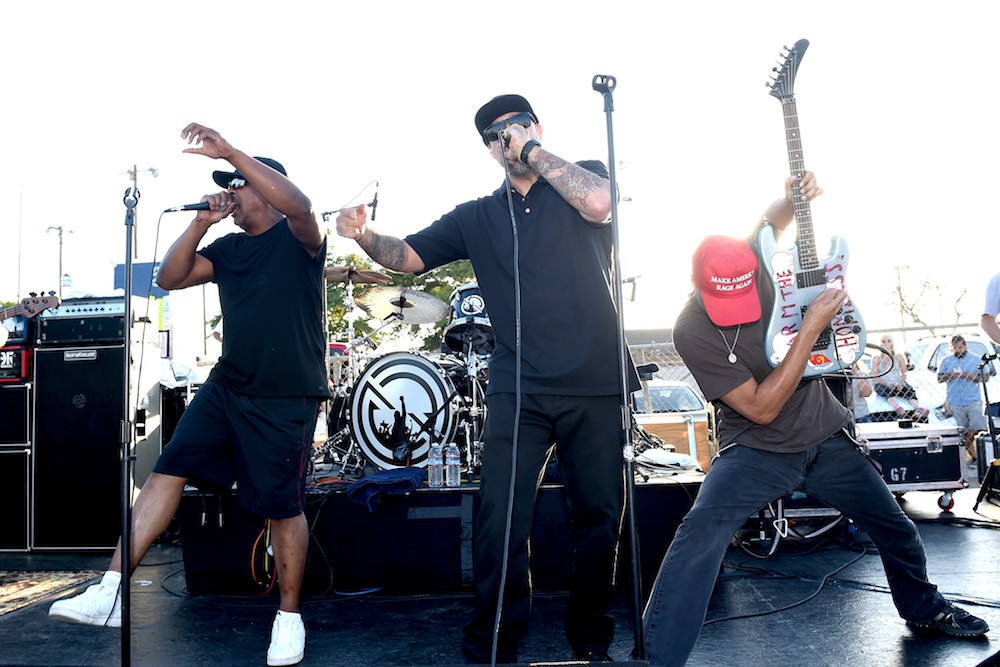 Prophets of Rage’s new EP The Party’s Over comes out tomorrow, and it has five tracks. Three of them are live performances, while two are actually new. Today’s release, “The Party’s Over,” is the group’s first original song, following an updated version of Public Enemy’s “Prophets of Rage” and a live, Cleveland-based rework of “No Sleep Till Cleveland.”

The supergroup of 40-and-over rebels (Public Enemy’s Chuck D and DJ Lord, Rage Against the Machine sans Zack de la Rocha, and Cypress Hill’s B-Real) turn in a burner that’s more of a timely retread than a door-busting anthem. “The Party’s Over” positions Prophets of Rage as avuncular veterans rather than anti-establishment rebels — which isn’t that bad of a deal. It premiered today on Zane Lowe’s Beats 1 show today, after Vince Staples premiered his Prima Donna EP. Give it a listen below.