It's a live reinterpretation of the Beastie Boys' 'No Sleep Til Brooklyn.' 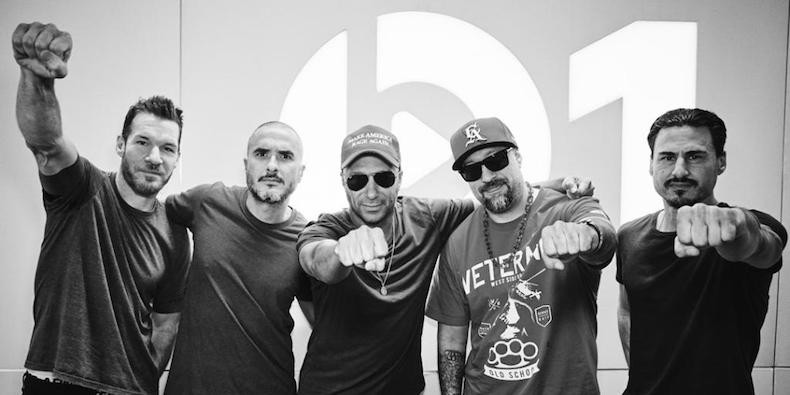 Prophets of Rage have just dropped the second advance release from their debut EP The Party’s Over. The supergroup — comprised of members of Rage Against The Machine, Public Enemy, and Cypress Hill — shared the live recording of “No Sleep Till Cleveland,” taken from their Republican National Convention reimagining of the Beastie Boys’ Licensed to Ill perennial “No Sleep Till Brooklyn.” The Prophets’ version features frontman Chuck D rapping verses from PE’s 1989 classic “Fight the Power” over the “Brooklyn” groove, and morphs halfway through into guitarist Tom Morello playing a solo roughly akin to the one from Audioslave’s 2003 hit “Like a Stone.”

The rock-rap outfit’s debut EP comes out August 25 via Caroline, and will feature new song “The Party’s Over,” as well as live versions of Rage Against The Machine and Public Enemy favorites.

Listen to “No Sleep Till Cleveland” via Beats 1 below.