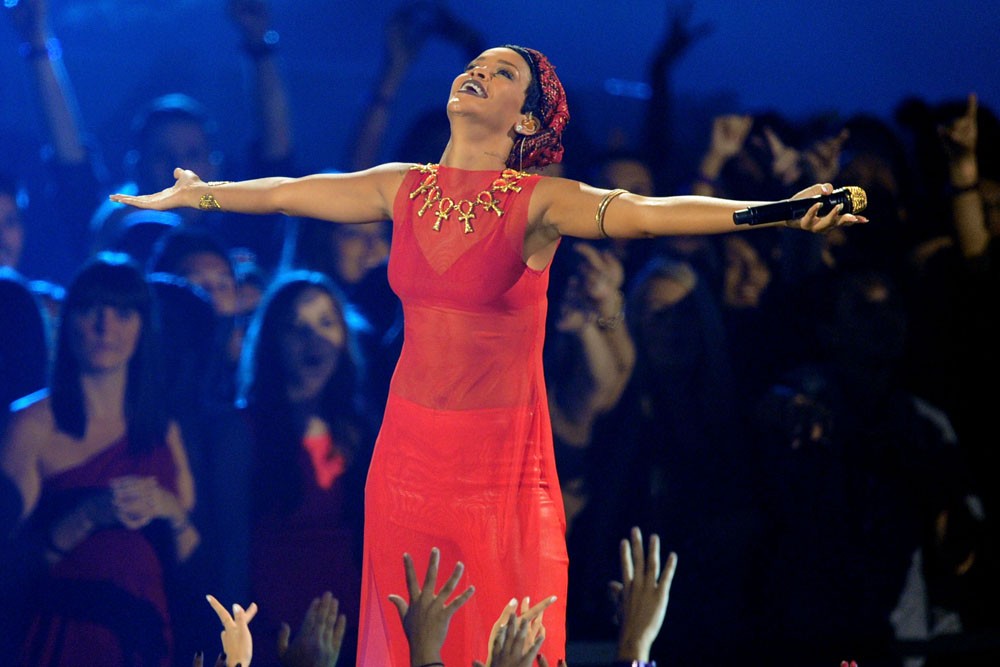 MTV has announced that pop/R&B sensation Rihanna will be the recipient of this year’s Michael Jackson Video Vanguard Award at the 2016 MTV Video Music Awards. Last year’s recipient was Kanye West — he was presented with the lifetime-achievement award by none other than Taylor Swift. Other past honorees have included Jackson himself, Madonna, Guns N’ Roses, Beastie Boys, Britney Spears, Justin Timberlake, and Beyoncé. Rihanna has earned the prestigious moonman thanks to more than a decade’s worth of iconic videos, including the clips for “Umbrella,” “We Found Love,” and “Bitch Better Have My Money.”

The 2016 MTV VMAs will air live from New York’s Madison Square Garden on Sunday, August 28 at 9 p.m. ET. Check out the full list of nominees here.