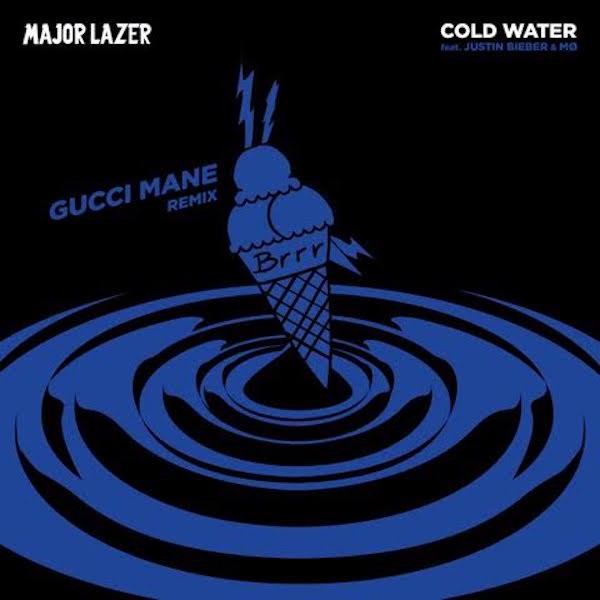 Gucci Mane released videos for most of Everybody Looking, an album he recorded in six days. Of course it’s not a surprise that he’s still recording music. After appearing on Vogue, Gucci Mane returns again with a new verse on Major Lazer’s “Cold Water,” which originally featured Justin Bieber and MØ.

“Cold Water,” which peaked at No. 2 on the Hot 100, was already a slick track when it came out back in July. Now it’s icy: “Push you in a lake like Prince did Apollonia / Please don’t wear that dress you wore last time, I’m warning ya.”

The LaFlare verse isn’t a total surprise since Diplo did make a Gucci Mane compilation mixtape back in 2010. Listen to the “Cold Water” remix, via Miss Info, below.