The director also accidentally refers to him as "Kane." 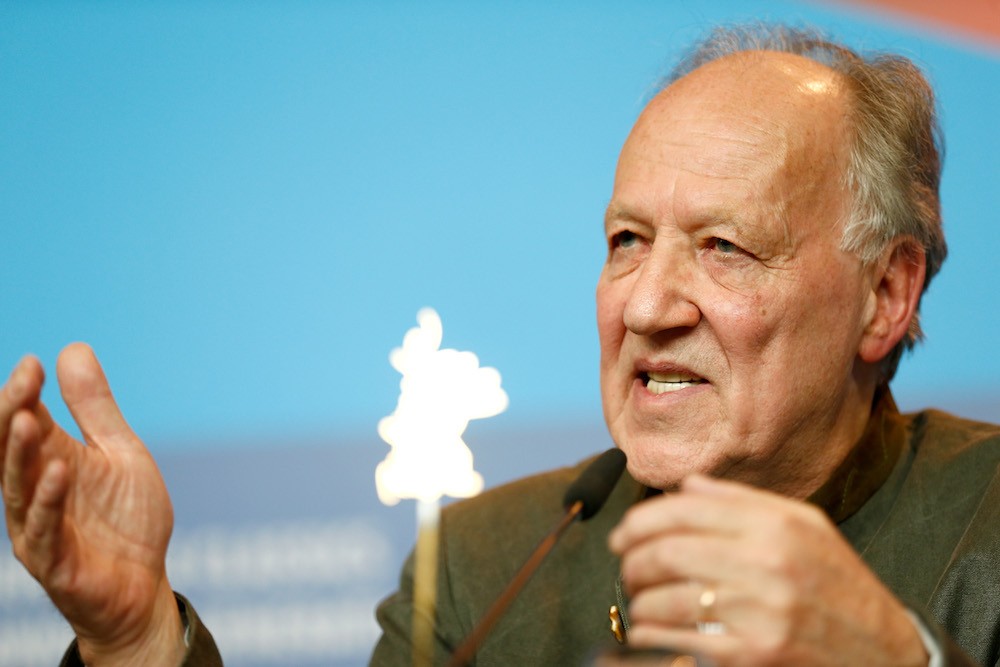 Kanye West’s “Famous” managed to turn all-American girl Taylor Swift into a villain for many and its video put Donald Trump and Bill Cosby in bed together. Now, the clip also has the approval of none other than the brooding German director Werner Herzog, who’s been promoting his new film Lo and Behold, Reveries of the Connected World. The Daily Beast weirdly thought it was a good idea to have Herzog review Kanye’s controversial clip.

The result is gold. Herzog can’t quite remember Cosby’s name and he calls Kanye “Kane” at one point, but he does know he likes “Famous.”

“This video gives you space for creating your separate parallel story,” Herzog says. “And you keep thinking, are these people for real? Are they doppelgängers? And what could be the story of them? What are they doing? How have they partied? What brought them together? So all of a sudden, the rapper gives me the chance to completely go wild on my own story. On the collective audience that he has out there. It’s very, very interesting.”

“If he applies to film school with this film, I would invite him,” Herzog says. “Because I have never seen anything like this.”

Herzog’s awkward attempts to examine pop culture through a profound lens also made headlines when he was asked about Pokémon Go back in July. After an interviewer explained exactly what the app was, he gave a very Herzog-esque response.

“When two persons in search of a Pokémon clash at the corner of Sunset and San Vicente is there violence? Is there murder?” he said. “Do they bite each other’s hands? Do they punch each other?”

Watch Herzog on “Famous” below.