Thanks to some very clever LED programming 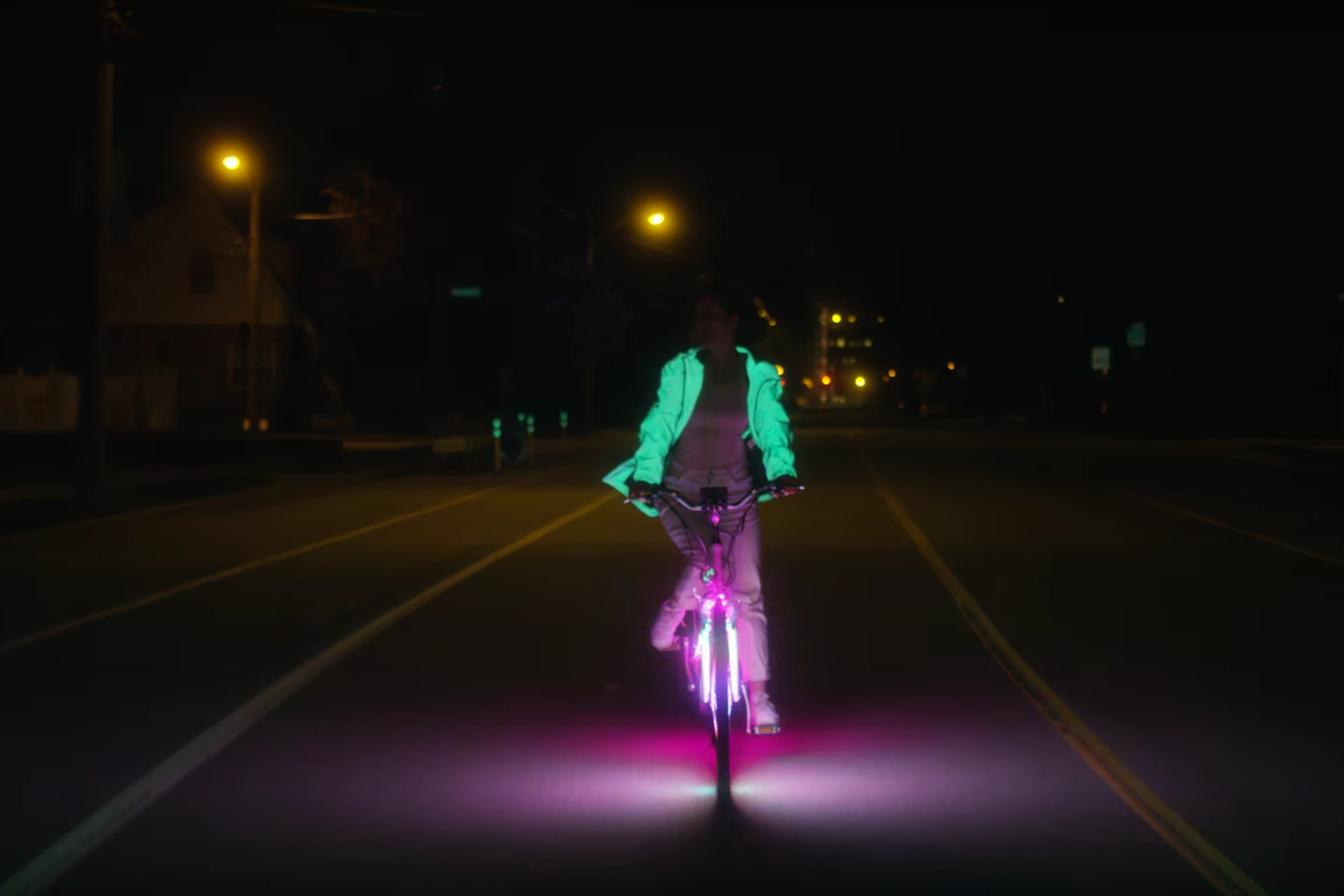 Characteristically laid-back Canadian synthpop artist Jessy Lanza recently released her second LP, Oh No, and she’s just shared an official video for its title track. It starts simply enough, with Lanza taking a flashy midnight joyride on a light-up bicycle. Director Winston H. Case uses the bike’s LEDs as a jumping-off point for light and color play, allowing the visuals to build complexity alongside the music. (The real star might be Lanza’s glowing white windbreaker, which chameleons into about six different colors.)

Oh No is out now from Hyperdub, and it’s also in the running for the 2016 Polaris Prize. Watch “Oh No” below.

Review: Jessy Lanza Does Retro-Futurism Proud on ‘Oh No’