It's from their forthcoming third record, 'Two Vines' 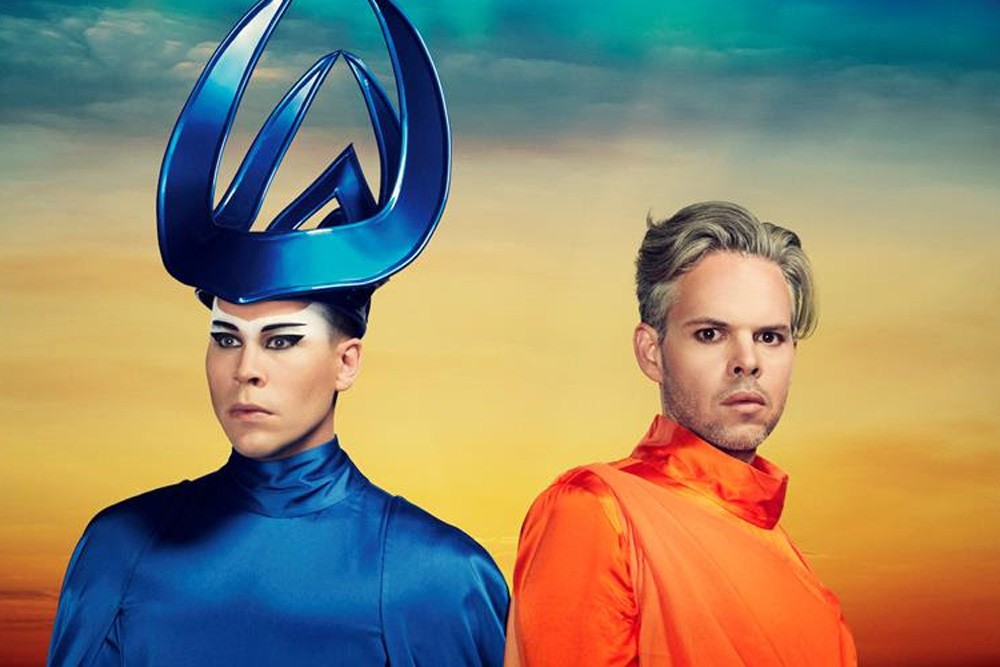 Now that we know Australian dance-pop duo Empire of the Sun are coming out with a new LP, Two Vines, it’s time to sit back and take in what are sure to be some excellent end-of-summer singles. The first is an instantly anthemic one called “High and Low,” which premiered yesterday on KROQ and Zane Lowe’s Beats 1 show.

“There was an image we talked about very early on with this record, before we wrote the title track, ‘Two Vines,’ and that was this image of a modern city overtaken by jungle, almost like mother nature taking back the planet, Lord Nick Littlemore told Stereogum about the song. “All the buildings will turn back to sand. All it will be is nature again. We wanted to make something that reflected the beauty of that, and the wisdom that plants can give us about living harmoniously on this beautiful planet.”