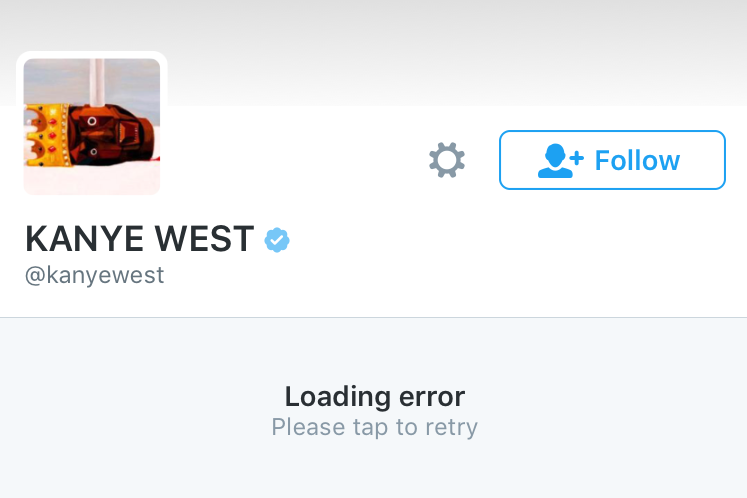 Update: As of Sunday evening, @kanyewest is back online. He hasn’t tweeted about the disappearance.

Something is wrong with Kanye West’s Twitter account, the one he uses to roast Wiz Khalifa, demand that Apple buy TIDAL, and request collabs with IKEA. Followers noticed this afternoon that they could no longer access the Life of Pablo rapper’s famously provocative timeline.

SPIN received Twitter’s “Sorry, this page doesn’t exist!” message on the desktop client, while the mobile app alternated between “Loading error” and “@kanyewest does not exist.” The West watchers at @TeamKanyeDaily reported that users were getting mixed messages:

So, did Kanye West really delete Twitter? Hard to know, without Kanye West’s Twitter here to tell us. Bad news, at least for anyone who failed to screencap their favorite ‘Ye moments, but it wouldn’t be the first time.