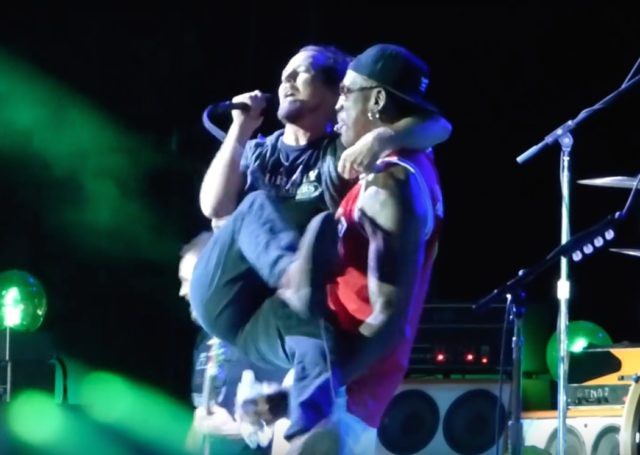 Dennis Rodman made a surprise appearance at Pearl Jam’s Chicago show last night, where he picked lead singer Eddie Vedder up and held him in his arms onstage during a rendition of “Black, Red, Yellow.” Such a familiar embrace shouldn’t come as a surprise, especially since the former Chicago Bulls player has been a fan of the grunge torchbearers for years, and has made a habit of hoisting Vedder up on his shoulders. And so, Rodman kept the tradition alive at Pearl Jam’s Wrigley Field show last night, where the band played a 36-song set full of covers from the Beatles, Cheap Trick, and Neil Young. Take a look at the fan-made video below.