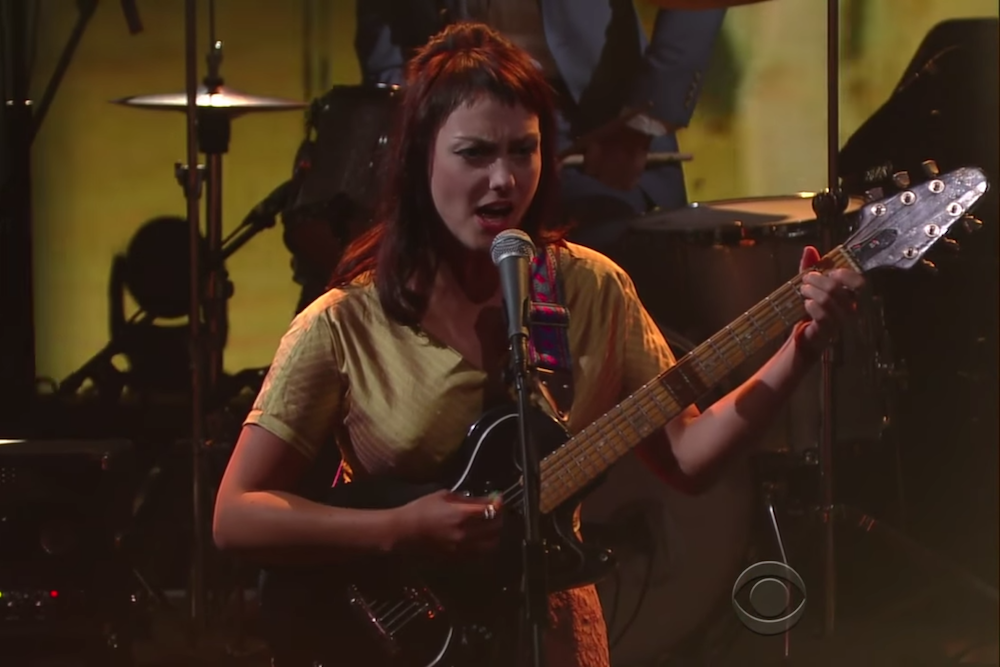 The Night Of star Riz Ahmed/Riz MC has a new project with Heems on the way and Angel Olsen has a new album coming out in a couple of days. Last night, their promotional treks led them to the Late Show with Stephen Colbert.

Ahmed, who visited a day after The Night Of’s series finale, spent his interview talking about how he’s British and not from Queens (“I didn’t know you were British until you started talking,” quipped Colbert), reminding viewers that he’s in Rogue One: A Star Wars Story, and admitting that he’s never seen Breaking Bad. He also dropped a brief a cappella freestyle: “Colbert in a black tie, what a sharp gent / Looks like the chat show version of Clark Kent.”

Olsen doesn’t have bars nor an HBO prestige drama in the works, but she did perform 2016 highlight “Shut Up Kiss Me.” Watch both clips below. My Woman comes out this Friday (not Saturday, Colbert) via Jagjaguwar.