'Teens of Denial' is out, by the way 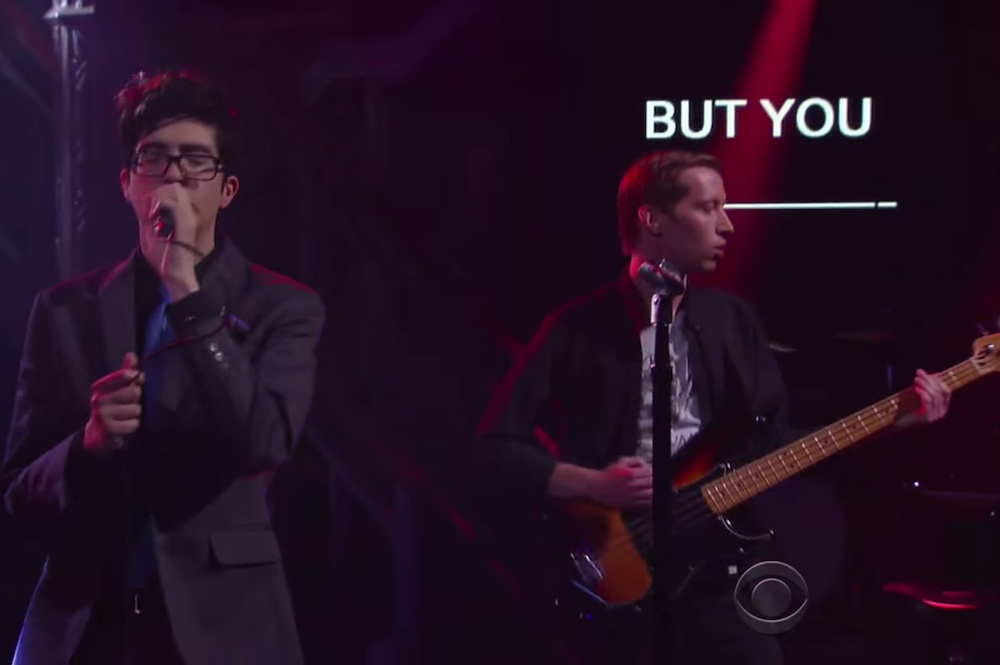 One of the things that will get Car Seat Headrest frontman Will Toledo in a suit and tie is a television debut. After fronting the project for six years, Toledo took over the Late Show With Stephen Colbert with a performance of the debbie-downer banger “Fill in the Blank,” the opener from Teens of Denial. To match the song’s theme, lyrics with certain words blanked out are displayed behind the band. Gotta keep it on-brand for network television. Watch Toledo and his band thrash about below.