Britney Spears Sings ‘Oops! …I Did it Again’ and ‘…Baby One More Time’ on ‘Carpool Karaoke’

"Sings" is a little generous, actually... "Lip synchs" is closer to the truth 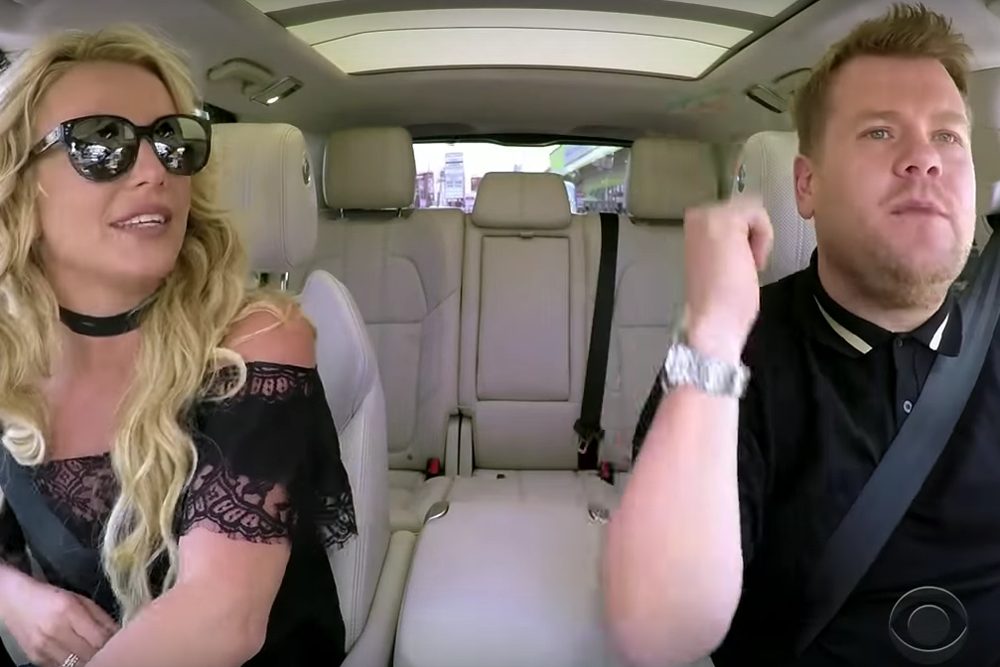 Britney Spears made her long-awaited appearance on James Corden’s “Carpool Karaoke” Late Late Show segment last night, in support of her just-dropped album Glory. As expected, The two broke out a lot of the hits, including “Toxic,” “…Baby One More Time,” Oops! …I Did it Again,” and, of course, Glory’s lead single, “Make Me…” (Question: Has anyone ever thought to ask why Spears is such a fan of ellipses?)

In between songs, which, if we’re being honest, she more lip-synched than actually sang, Corden and Spears traded quips about their kids (she said she wants three more), what she’d like in a man (she’s done with them, apparently), and the names she’s stayed under at hotels (“Anita Dick,” among others). Watch below.