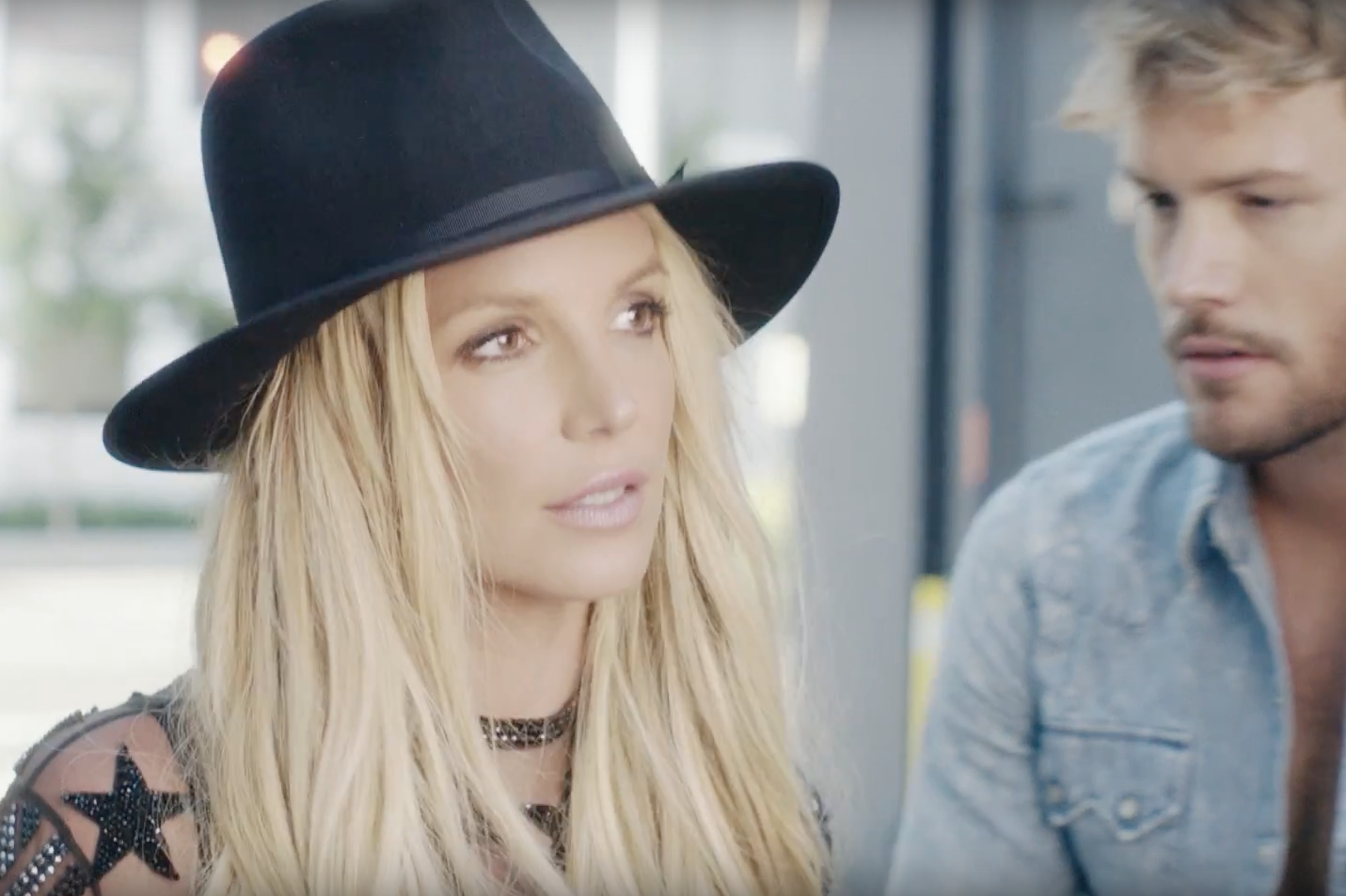 With her ninth album Glory officially on the way, Britney Spears has released the video for lead single “Make Me.” Its conceit is simple: Spears is shooting a music video, and she needs hot guys. (Someone to make her “oooh,” perhaps.) The scene is a boudoir hallway, and Britney and her friends are the casting directors. And, oh yeah, guest rapper G-Eazy is there on a video screen — as is a bizarrely prominent marketing placement for workout chain OrangeTheory Fitness.

ICYMI: Yesterday, Spears released a second single, “Private Show,” and jumped around in Jimmy Kimmel’s bed. Glory is out August 26. Watch “Make Me” below; stilted intro aside, Spears looks like she’s having fun.