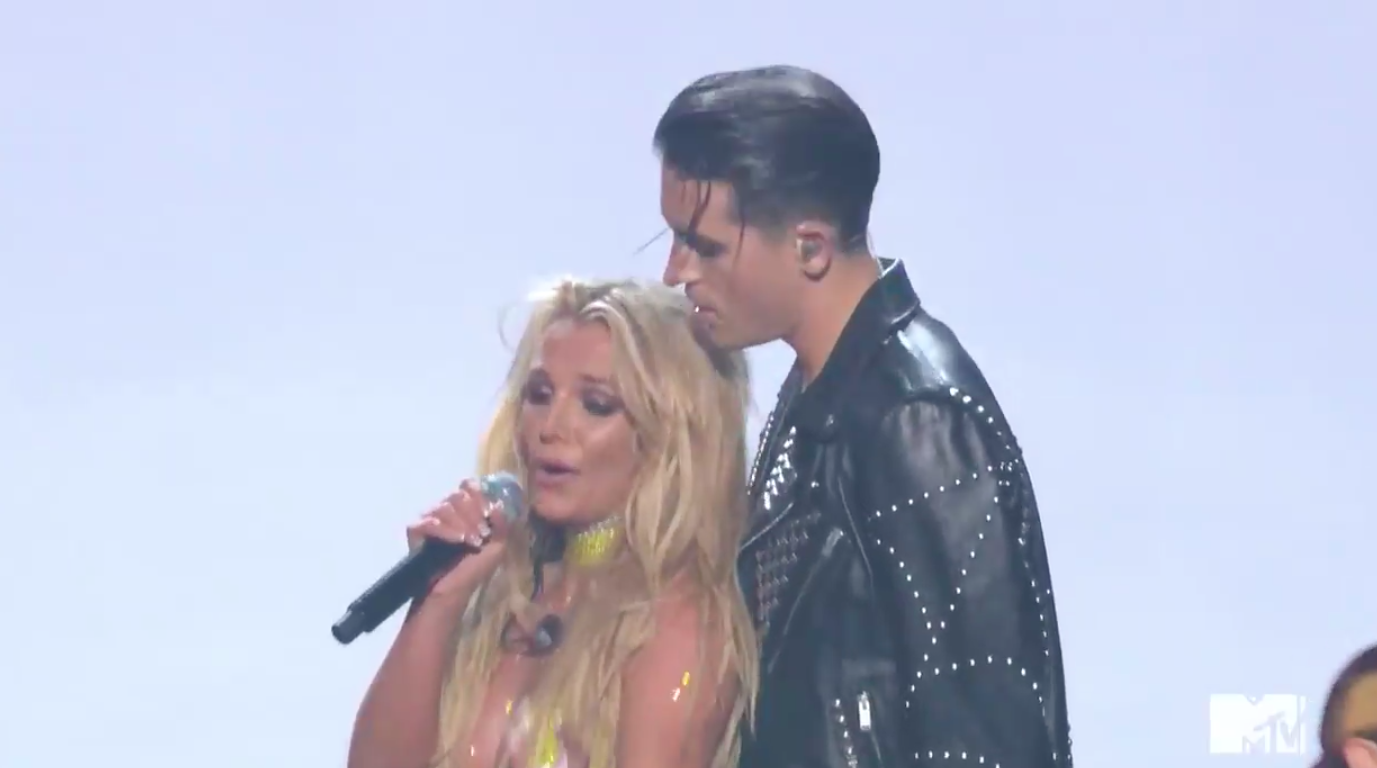 Britney Spears’ latest music won’t be eligible for any Video Music Awards until next year, but she couldn’t stay home: Spears and rapper G-Eazy performed her recent single “Make Me…” at tonight’s VMAs ceremony.

Given the unenviable task of following up Beyoncé’s Lemonade concert, Britney impressed with a throwback performance that also included her playing (pre-recorded) hook girl to her rapping boytoy on his smash “Me, Myself & I.” It won’t totally erase pre-viral memories of her infamous 2007 performance, but it won’t elicit comparisons to it either.