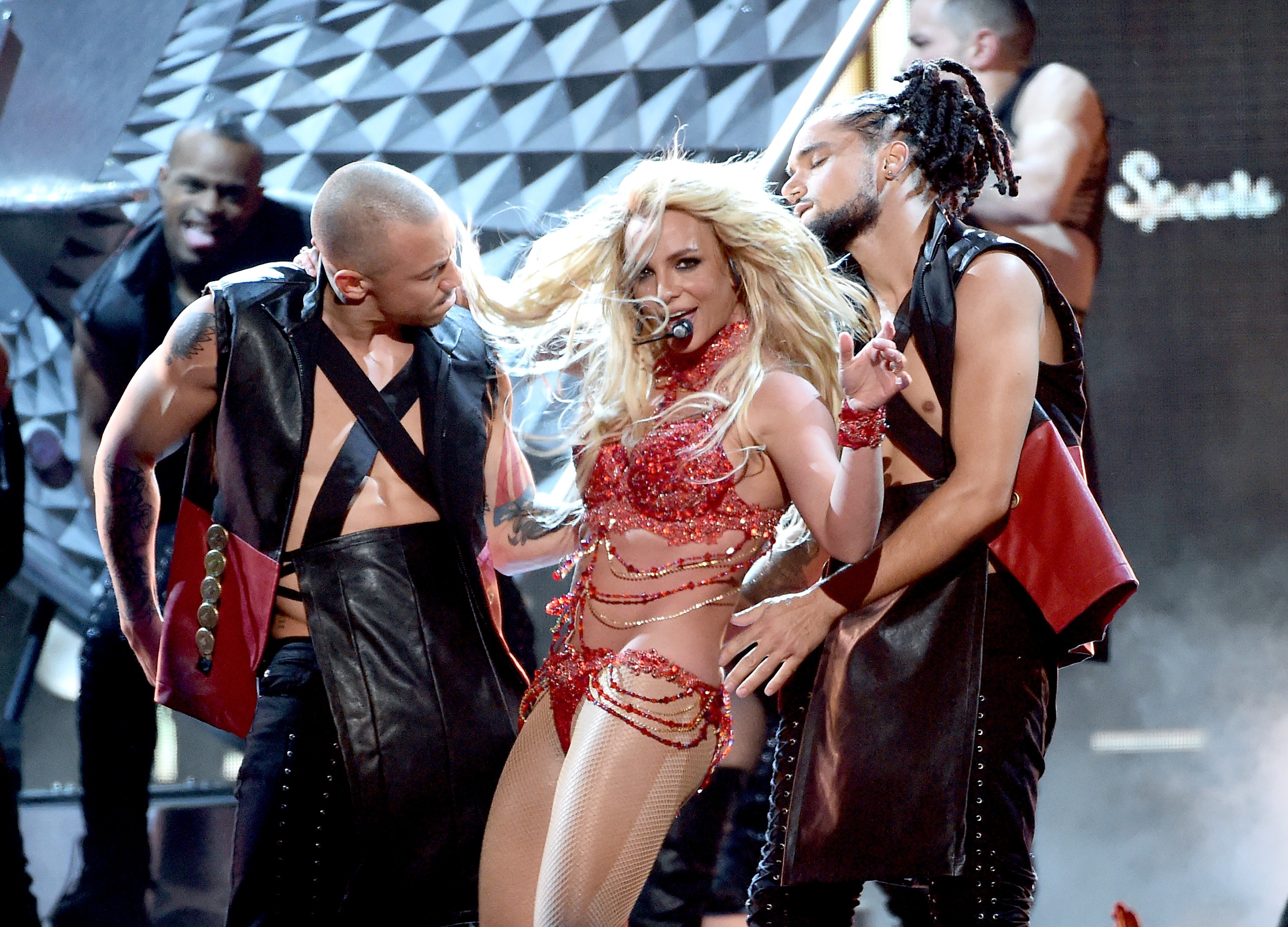 The hits keep coming from Britney Spears’ imminent ninth album Glory, which saw its third advance track released late last night when Britney Spears tweeted the iTunes link to new song “Clumsy.” Co-written with Talay Riley (one of the scribes behind the pinball-pop of Nick Jonas’ indefatigable “Levels”), the rubbery track is among Britney’s most fun songs of recent years, pogoing between a folksy verse stomp and a strobe-lit synth breakdown, triggered by Britney’s “Oops!“

The lyrics offer varying degrees of double-entendred literalness within the clumsiness conceit, as Britney’s lack of physical dexterity leads to her “slippin’ off this dress” and repeatedly “bangin’ all over this bedroom,” before her voice unexpectedly chipmunks at song’s end. Ultimately: much better than Our Lady Peace, still not quite as good as Fergie. Listen here, and quest for Glory on August 26.