Tupac Biopic ‘All Eyez on Me’ Reportedly Delayed Over Licensing; Daz Dillinger Says It’s Not His Fault 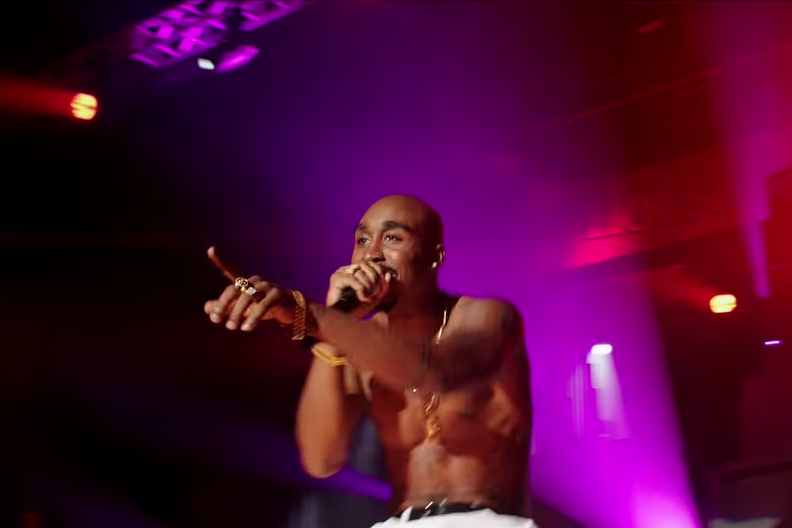 Actor Demetrius Shipp Jr. as Tupac Shakur in a still from the trailer of forthcoming biopic 'All Eyez on Me.'

Extensively delayed Tupac Shakur biopic All Eyez on Me appears to have hit another snag, this time over licensing rights. According to TMZ, Tha Dogg Pound rapper Daz Dillinger says he holds the rights to Shakur’s “Ambitionz Az a Ridah,” which he produced. Music publishing house BMG apparently objects, claiming that it owns the rights. “Ridah” is prominently featured in the film, including its trailer, released last month.

TMZ claims that the dispute is the reason the movie’s release was pushed from September — which would have marked 20 years since Shakur’s death — to its currently anticipated date of November 11. Earlier this year, Dillinger hit BMG with a separate royalties lawsuit worth $75 million, TMZ says.

All Eyez on Me was first announced in 2011 and finally began filming in 2014. The project parted ways with three directors before settling on music video director Benny Bloom. Actor Demetrius Shipp Jr. plays Shakur.

On Instagram, Dillinger objected to TMZ’s report, but didn’t clarify any details. “Just seeing that TMZ s**t,” he says in the video clip. “Ain’t nothing derailed about that Tupac All Eyez on Me movie.”

Dillinger has a reputation for fiercely protecting his interests, and All Eyez on Me isn’t even the only hip-hop biopic giving him grief. Another film about Shakur, Snoop Dogg, and Tha Dogg Pound, Dogg Pound 4 Life, has also reportedly run into licensing difficulties involving Sony Music and Death Row founder Suge Knight. And back in 2013, the litigious rapper sent the makers of Grand Theft Auto a cease-and-desist letter for allegedly using his music without permission.