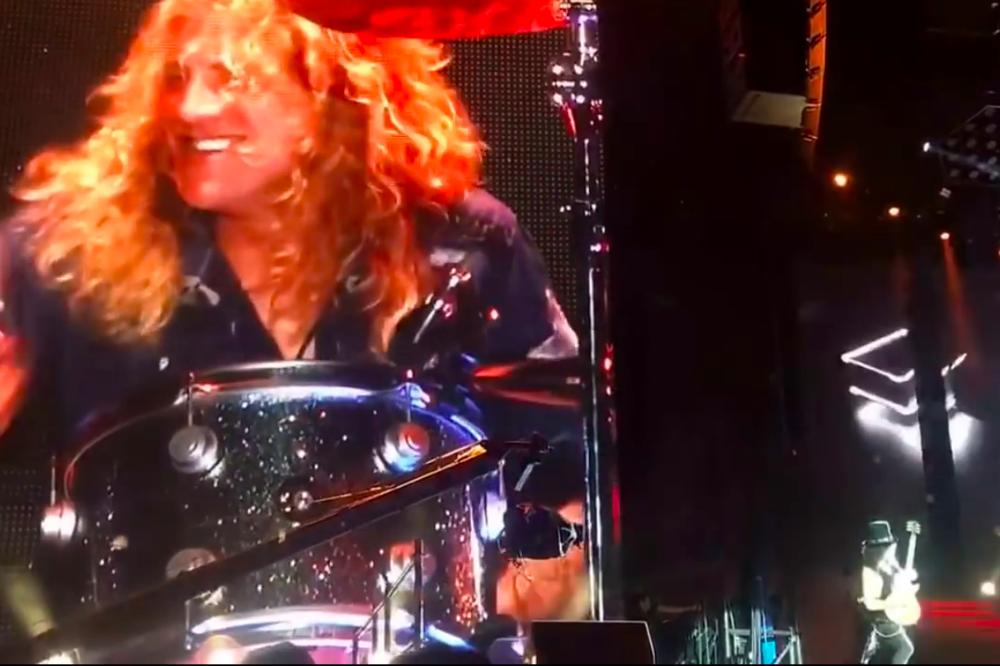 Throughout the succession of stickmen who have replaced Steven Adler since he was booted from Guns N’ Roses back in 1990, a great deal of affection has remained for the group’s Appetite for Destruction-era drummer. Though his role has been played by Frank Ferrer for the last ten years (including GN’R’s current Not in This Lifetime tour), fans got their longtime wish for Adler’s return fulfilled last night at Cincinnati’s Paul Brown stadium, as he was introduced by Axl Rose to play through two Appetite classics, “Out ta Get Me” and “My Michelle.” Adler’s smile was impossibly wide throughout the performance, and he left the stage to thunderous applause.

Watch the band reunited with their classic-lineup drummer for the first time since 1990 (not counting an Axl-less gig at the Rock and Roll Hall of Fame) below. Izzy Stradlin, where you been at?