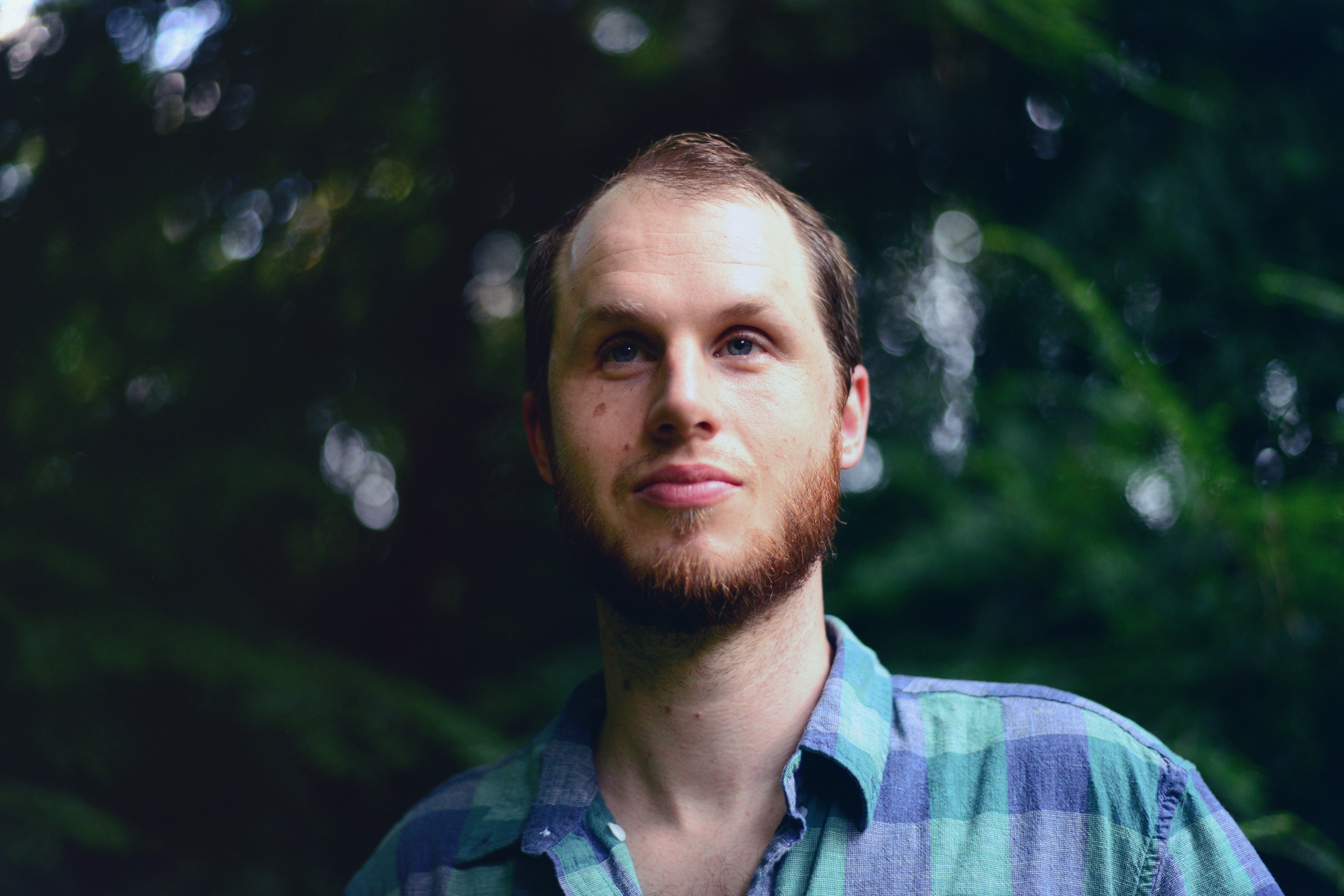 For a genre whose fans are so often labeled (sometimes rightly) as rigid constructionists, metal’s last few years have been marked by an unprecedented burst of boundary-pushing experimentation. While there are still staunch traditionalists, many of metal’s best minds are now dedicating themselves to uncovering heretofore undiscovered realms of heaviness.

In the last few months alone there’s been a flurry of invention all the way across the heavy music spectrum, with black metal bands like Blut Aus Nord embracing classical bombast, and thrash outfits like Vektor unafraid to offer dead-eyed chanting that wouldn’t sound out of place on a new-age record. One-man projects like Horseback are able to shirk every genre convention altogether and blast off into the ether. This installment of SPIN’s metal report examines a few of the best innovators going, plus a classic sludge-rock act for good measure.

Vektor, Terminal Redux (Earache)
Toward the end of “Charging the Void,” the first track on Vektor’s Terminal Redux, a few distant harmonic voices creep in underneath the maelstrom. Lead vocalist David DiSanto has already spent the better part of the track’s ten-minute run time unleashing adenoidal screeches, as the Philadelphia thrash experimentalists flicked through a catalog of blistered riffs and soaring tremolo picked passages — so the asynchronous chanting that fades into the mix feels like a transmission from an alternate timeline, where the four-piece had a chance at optimism. Moments like this pass quickly, swallowed again in the eye of the unrelenting storm they’ve conjured elsewhere, but are indicative of the open-source mindset at play on the band’s third and most accomplished LP. They finally embrace hearseloads of the unexpected, proving that they’re more than thrash classicists by tossing in a guitar line that hovers like Slowdive — or a backing vocal that sounds like someone sent the Lion King soundtrack through a wood chipper. Every link in the rust-corroded chain holds for 73 minutes, without releasing your neck.

Horseback, Dead Ringers (Relapse)
Busy with his duties as part of the doomy folk trio Mount Moriah, and crafting new-age-y ambience under his own name, Jenks Miller’s experimental project Horseback sat on ice for most of 2015, chilling in the aftermath of his doom-Americana(!) masterwork Piedmont Apocrypha. He returns a changed man for Dead Ringers, his first LP for increasingly out-there metal vanguards Relapse, a release that’s decidedly warmer than anything in his past catalog. Where preceding works indulged in the wintry sounds of creaky noise, harsh electro-acoustic detonations, and Miller’s own black-metal rasp, Dead Ringers embraces zero-gravity keyboards, clean vocals, and the spaced-out guitar sprawl of the best Popol Vuh records. It’s the farthest he’s gone from traditional metal signifiers, but it’s proof that inky bleakness is no heavier than blinding light.

Zeal and Ardor, Devil Is Fine (Reflections)
Few beautiful things have ever emerged from the racist bowels of 4Chan, but when the Swiss musician Manuel Gagneux was targeted by slurs on the infamously terrible message board, he took it in stride. As an exercise in stretching his own musical vocabulary, he’d post to the forum, soliciting genres to attempt to mash-up from the trolls that reside there. In an interview with Noisey, Gagneux — whose mother is a black woman from the U.S. — said that someone once cruelly suggested that he attempt to combine “black metal and n****r music.”

Rather than simply recoil from the racism, he created Zeal and Ardor, a project that highlights the pain and satanic fixations at the heart of both metal and African-American spirituals. On April’s Devil Is Fine, he chants about the underworld over brittle blast beats and shredded tremolo picking. But he also offers harmonized blues vocals, pentatonic riffing, and slippery kick-drum playfulness that feels closer to footwork than Celtic Frost. It’s an innovative, unapologetic rebuttal to the casual racists that populate the internet — and to a genre that’s all too frequently found favor with white supremacists.

Melvins, Basses Loaded (Ipecac)
Part of what’s won the Melvins’ brand of doomy hard rock so many fans over the years is their ghoulish sense of humor — the willingness, even when they’re conjuring funereal bass drones and mumbling about getting high on Lysol, to lighten up like their perpetually stoned lives depend on it. The baseball-punning stunt Basses Loaded is no exception. As the title implies, four-string heft is the focus here — and they’ve enlisted a few old pals like legendary third wheel Krist Novoselic and Mr. Bungle’s Trevor Dunn for help. The lower-end emphasis suits the burnt-out grooves they’ve developed over the years just fine, but their collaborators mesh into the communal f**kery with varying degrees of success — tracks like “The Decay of Lying” paste a self-serious face on dour sonics, rather than the smirk they usually wear. The best bits are when the band’s own drummer Dale Crover picks up the bass for a third of the album’s 12 tracks, particularly on the album-closing, piss-taking cover of — lol — “Take Me Out to the Ballgame.” Absurdist inside jokes play best between friends.

Inter Arma, Paradise Gallows (Relapse)
The Richmond experimentalists in Inter Arma have spent much of their career so far careening through the clouds. It was there in the jet-fuel volatility of their double kick-drum burst, their guitar lines’ unstoppable forward momentum, and even the title of their 2013 album Sky Burial. But the quintet’s latest Relapse effort Paradise Gallows is a bit of a shift, the sound of what happens once you’ve gone fast enough to clear the stratosphere — where everything’s a little darker, a little weirder, a little more weightless. Featuring just nine tracks that stretch out to 71 minutes, Inter Arma has very literally allowed themselves to space out — leaving room to try out lengthy harmonized guitar solos, drum parts that rumble with the distant foreboding of a Great Plains rainstorm, and roiling doom riffs that are both sleepy and Sleep-y. They maintain a slow, directionless drift that weights their third record with the dread of what’s beyond the sky.

Gorguts, Pleiades Dust (Season of Mist)
Even at EP length, Gorguts are overwhelmingly ambitious. The Canadian quartet’s May release Pleiades Dust is just a single track — but it runs for 33 minutes, through fractal-like guitar riffs, countless erratic rhythms, and a lyrical concept that has something to do with the House of Wisdom, a 13th-century intellectual institution in Baghdad founded while Europe was embroiled in disease and war. They don’t sacrifice intensity for complexity, though. Even at the EP’s most florid moments — say at the 11-minute mark, where they zone out for a minute of cobweb-like arpeggios — it remains music of immense impact and gravity. One unending track is a lot to take in, but it’s like they say: Aim for the stars and you might end up getting ripped apart by a black hole, right?

Blut Aus Nord/Ævangelist, Codex Obscura Nomina (Debemur Morti)
French black-metal trio Blut Aus Nord have been pushing the boundaries of the genre since their formation two decades ago, but their take isn’t as self-evidently radical as some of their recent peers. Though they’re obviously drawing from centuries-old experimental traditions, their best pieces follow black metal’s basic blueprints (constant intensity, tremolo-picked guitars, wind-worn vocals), only it’s as if they’ve decided to build their house on quicksand, slowly sinking their pristine pieces into muck and letting the floorboards rot out.

This split with the like-minded experimentalists in Ævangelist unleashes some of Blut Aus Nord’s most gripping constructions to date. Creeping classical chord progressions, prickly noise, and sticky industrial grit churn together to build ornate, Victorian structures that solidify from the molten tinkering below. Ævangelist also use their side of the split, a 20-minute piece called “Threshold of the Miraculous,” to make revisions on tradition. At first, the duo appear to be preserving black metal’s brittle propulsion. But soon enough they offer a similar mire, making the forward motion feel illusory — and dangerous too. They jog on a treadmill lined with razor wire.