Review: TV on the Radio, ‘Return to Cookie Mountain’

Innovative Brooklyn rockers blast off to the future 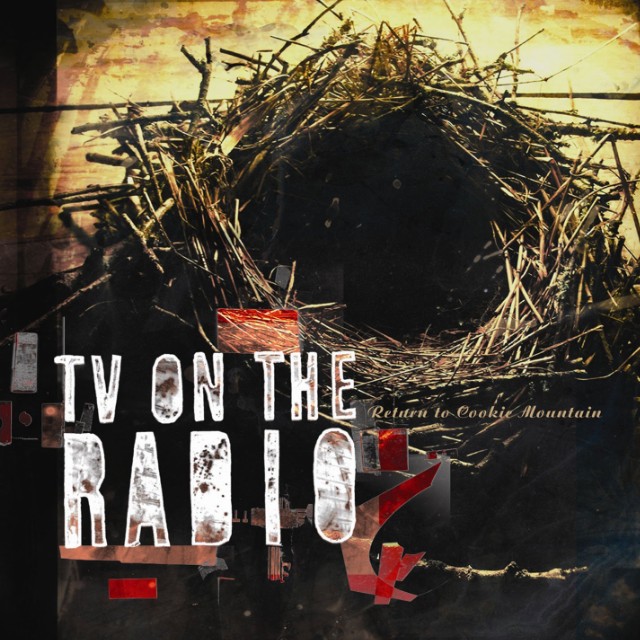 This review originally ran in the June 2006 issue of SPIN. In honor of the tenth anniversary of TV on the Radio’s Return to Cookie Mountain, we’ve republished this piece here.

Formed in 2002 by supple warbler Tunde Adebimpe and loop-crazy multi-instrumentalist David Sitek, TV on the Radio erupted onto the congested Williamsburg, Brooklyn scene like a band out of time, a genre-smashing answer to the poses of the post-punk revival. But their shell-shocked industrial symphonies — dense with fuzzy riffs, electron sludge, and multi-track chorales — were also unnervingly of the moment, a danse macabre of New York’s shadowy ruins.

On this major-label debut, TV on the Radio (now a five-piece) hint at a longing for the past right from the opening lines: “I was a lover / Before this war.” But there’s nothing nostalgic about the music. Sitek’s layered sonics have grown more immense — less a wall than a cavern of sound — and almost none of these songs charts a predictable course. The jailbreak urgency of “Wolf Like Me” slows abruptly to a dazed crawl; “I Was A Lover” attempts a bipolar toggle between My Bloody Valentine bliss and Massive Attack paranoia.

Overall, their high-strung space rock has eased into something more exuberant. The mood is one of eager tenderness, even sexiness (“I can taste the ocean on your tongue,” Adebimpe coos on “Playhouses”). Famous fan David Bowie adds affirming tremolo vocals to “Province,” a shimmering spiritual that crystalizes the band’s message of guarded hope.