Review: ABRA Turns a ‘CRYBABY’ Into a ‘PRINCESS’ on Her New EP 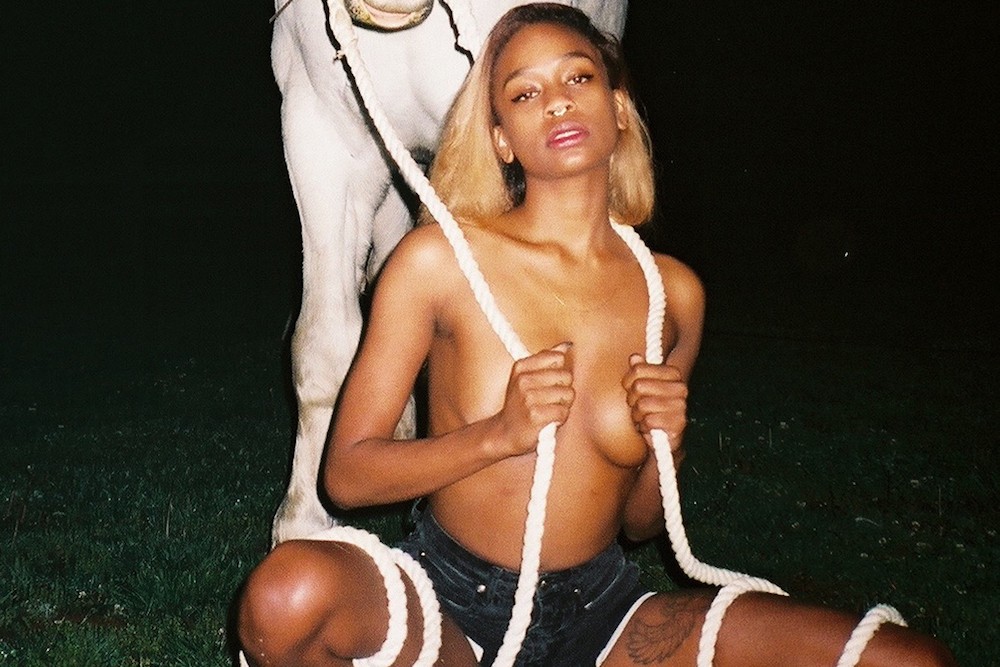 One of pop music’s most romanticized tropes is the young woman wisping an en garde at the dangers and splendors of the nightlife and floating over them, unbothered. It’s Janet Jackson proclaiming her name on “Nasty”; Neneh Cherry assuming the “Buffalo Stance”; and Exposé going to the “Point of No Return” — singing in cursive letters amidst the rude smack of 808s and funk.

ABRA, the British transplant of indeterminate age and real name who’s affiliated with Atlanta misfit-rap clique Awful Records, is pretty far afield from those examples — well past the foul line, even. But her dalliances with high-BPM production and Miami freestyle do fit within that nighttime aesthetic; where ABRA deviates is how she trades pop galvanization in for inward rumination. After doing so throughout 2015’s BLQ VELVET EP and the Rose LP, ABRA condenses her netherworldly scope into a six-track, potent depressant with the PRINCESS EP.

The imaginary scene ABRA conjures up here, though, is a bit stale. Rose’s discordance played like the drum machine-backed soundtrack to the Fall of Man from Paradise Lost, but its constant wooziness ultimately dragged it down as a listening experience. Truncated on Princess, the ghostly textures feel too mechanical, and the fluttering hi-hats’ palettes are often frustratingly narrow. Sometimes her repetitious drum patterns and riffs work, like on the aquatic dirge of “PULL UP.” Other times, the production merely plateaus: The dreamy “VEGAS” fiddles about for a minute after the dream is over, and the effervescent “CRYBABY” — the great lead single released in June — feels indulgent as a five-minute paperweight. (Though you could argue indulgence is the point: “Banging on your walls / I go up and down, up and down.”)

But ultimately even the production’s flaws end up complementary, accentuating ABRA’s deftness as a performer. PRINCESS buries her deep into its mix with enigmatic textures and voice-altering studio techniques that help its stream-of-conscious delivery best some of her freestyle predecessors. She’ll glide atop angular percussion with half-rapped singsong and “chik-ah-ah” spurts (“VEGAS”), and sensually fling taunts as she’s drenched with sonic grime (“You’re a big boy, but you not gon’ be my man” on “BIG BOI”).

Even though the surrounding atmosphere is matte black, ABRA augments it with verve through her steady improvement as a spontaneous-yet-fluid performer — and that’s no surprise for listeners convinced by her emotive showing on June’s “CRYBABY.” PRINCESS results in a truism: If you dance in the dark for too long, you’re coming out with bruises. Sometimes they’re well worth it.

ABRA Dances Through the Pain in ‘CRYBABY’ Video