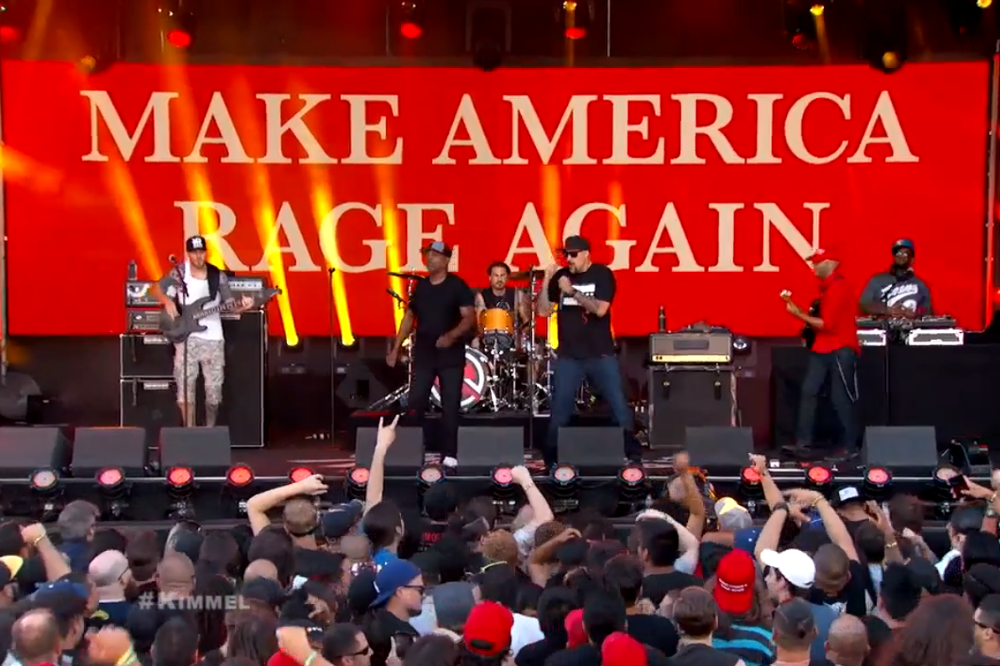 As the Democratic National Convention kicked off in Philadelphia last night, rap/rock supergroup Prophets of Rage were providing an alternative message for left-leaners on Jimmy Kimmel Live! The band stormed through Rage Against the Machine’s 1992 classic “Killing in the Name” at the JKL outdoor stage in a pre-taped segment, with B-Real on lead vocals. As the Prophets have done in their live dates thusfar this year, the MC changed the song’s second verse to include “Some of those that hold office” and “Some of those up in congress” being the ones who burn crosses, further firing up the aging moshers in the crowd before the song’s bird-flipping finale.

Watch here, and look out for Prophets of Rage on tour everywhere this summer.