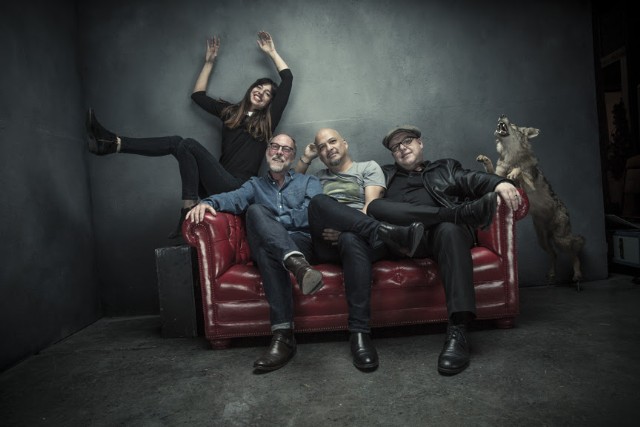 Two-plus decades after the band’s original split, following apparent 1991 swansong Trompe Le Monde, the Pixies’ 2.0 run continues. Beginning with the release of three 2012-recorded self-titled EPs combined into the 2014 Indie Cindy LP, the band will return this year with Head Carrier, a 12-track effort that marks their first full-length-conceived album in a quarter-century. The quartet’s lineup now officially includes Paz Lenchantin, the former Perfect Circle and Zwan bassist who took over four-string duties on tour after Kim Shattuck was booted from the group a couple months into her run replacing the group’s original bassist, alt-rock icon Kim Deal.

The group’s new lineup today share the first single from Head Carrier, the rockabilly-tinged “Um Chagga Lagga.” It’s kinda sloppy and uninspiring, and the title sentiment is a little too NBA Jam, but if your heart yearns for the sounds of Black Francis yowling over some ragged guitars, the track should do the trick. Listen here, and look for Head Carrier on September 30 via Pixiesmusic/Play It Again Sam.