Watch Michael J. Fox and Coldplay Perform Songs From ‘Back to the Future’ 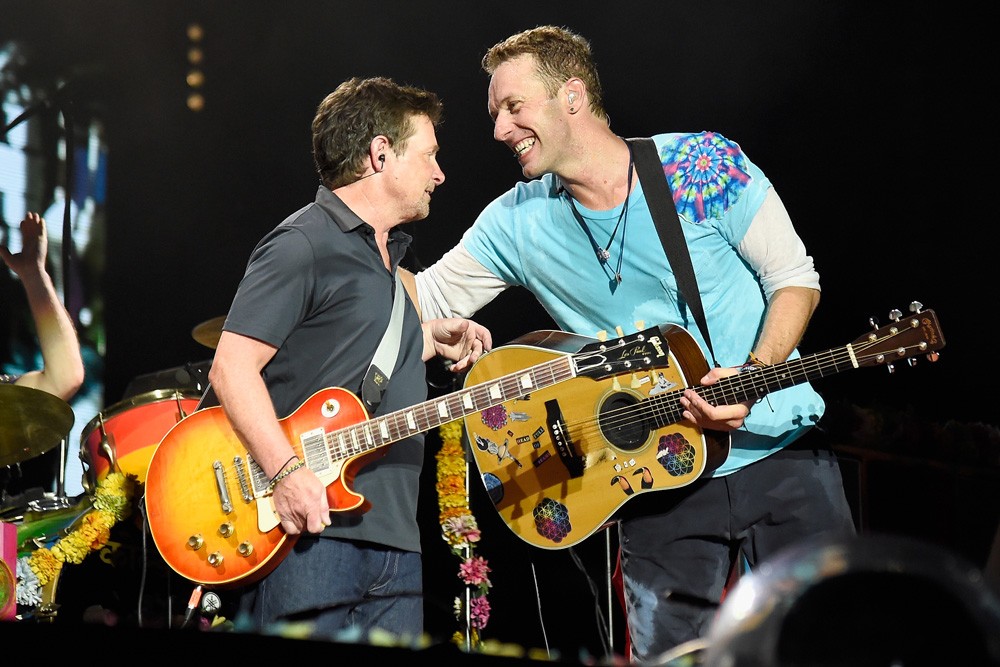 Coldplay, still on tour for their latest record, A Head Full of Dreams, had a surprise in store for their stop at New Jersey’s MetLife Stadium over the weekend. At the show, the band revealed a video of lead singer Chris Martin’s son Moses requesting that the band play a song from his and his dad’s favorite movie: Back to the Future.

And so they did, but with a special guest. Back to the Future star Michael J. Fox got onstage to help Coldplay perform two tracks from the movie’s famous “Under the Sea” dance: the Penguins’ “Earth Angel” and Chuck Berry’s “Johnny B. Goode.”