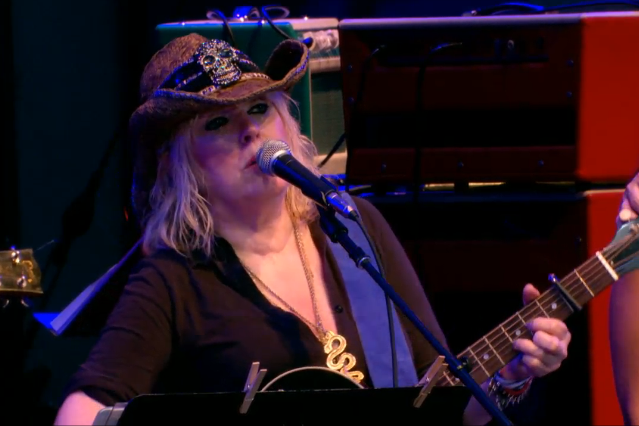 The performance also featured Reed and Velvet Underground songs covered by ANOHNI (“Perfect Day,” “Femme Fatale”), Lucinda Williams (“Pale Blue Eyes”), Emily Haines of Metric (“Cremation,” “I’ll Be Your Mirror”), Mark Kozelek of Sun Kil Moon (“Hang on to Your Emotions,” “The Power of the Heart”), and others.