Exactly what does being the voice behind an instantly recognizable kids' anthem get you in 2016? 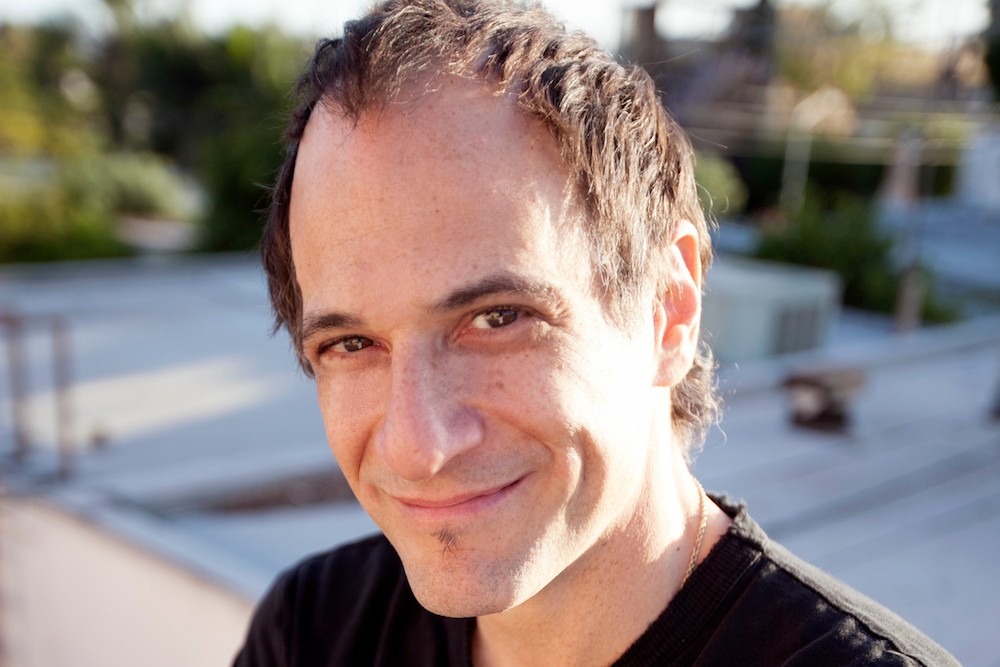 The “Pokémon Theme” is one of the few television openers that immediately inspires a Pavlovian reaction from humans 30 and under. The first few seconds — originally glimpsed by many back in 1998 — play out vividly, even in memory: Mew and Mewtwo flying majestically outside of Earth’s stratosphere as the cartoon’s protagonist, Ash Ketchum, stares up at the stars. He was a stand-in for all of us in that moment — a child eager to grow up, believing himself to be destined for greatness. It was an introduction worthy of a multi-billion-dollar franchise.

Young adults also likely remember the Pokémon Stadium-ready synths and citrusy, adolescent vocals that ushered the show in, week after week, with the following line: “I wanna be the very best like no one ever was.” The voice behind that chest-beating claim belongs to Jason Paige, a 47-year-old career session singer whose resume features hundreds of gigs, including time onstage with Meat Loaf, Aerosmith, Michael Jackson, the jazz-rock collective Blood, Sweat, and Tears, and, more recently, voice-work in Seth Rogen’s R-rated animated flick, Sausage Party. But his best-known credit is still the theme song to that Saturday-morning spectacle, recorded when he was 29.

“They wanted it to sound like a teenage kid, like a 14-to-17-year-old kid who you’d watch in the cartoons and play in the game. I guess like Ash,” Paige says over the phone, before switching to an approximation of the star Pokémon trainer’s voice (originally played by Veronica Taylor). “How would Ash sound? Like that. Gotta catch ‘em all!“

The TV show’s popularity has decreased precipitously — which is to be expected for any show after ten seasons, let alone 18 — but it’s still running on Cartoon Network, albeit with a different intro; at this point, though, Paige’s vocals are associated less with the series than they are the entire Pokémon brand, which is enjoying the same sort of feverish popularity it had around the turn of the century, thanks to the ubiquitous Pokémon Go app. People are literally putting themselves in harm’s way in the pursuit of catching them all — falling off cliffs, stumbling upon corpses, and getting robbed. And, perhaps unsurprisingly, the original “Pokémon Theme” is a hit once again: Its Spotify streams skyrocketed 382 percent the weekend after Pokémon Go debuted.

Piggybacking off of the app’s massive success, Paige has booked a July 28 performance in Los Angeles, one that will blend his own original music with a “Poké-surprise.” In advance of the concert, Paige spoke with SPIN about the theme song’s creation, its legacy as a touchstone for millions of millennials, and why Pokémon still resonates with people today.

Have you played Pokémon Go at all?
No, but I’ve seen people running down the street [while playing Pokémon Go]. I’m going to download it and check it out. It’s incredible how technologies come together.

How did you react when you found out about the Spotify news?
That makes perfect sense. Everybody hears the Pokémon theme song in their head whenever they see a Pokémon and hear [in singing voice] “Gotta catch ‘em all!” in their mind. It figures that, as soon as people start playing, they would be hearing that song in their mind and going to it on Spotify, their recordings, their phones, and wherever else they can get it from.

How did that song come together?
There was a company called Paradise Music. They were working on the Pokémon TV show demo. We discussed how it should go and we recorded it. I got paid for the TV show, and I didn’t really look again until I saw the TV show had blown up and they wanted to make the song into a full single. We record another song for the Pokémon album, “Viridian City.”

Then [the catchphrase “Gotta catch ’em all!”] started appearing on all of these toys and on videotapes, and they played it many times a day. It was a big jump-off spearheaded, of course, by the song, and the lyric that everyone can relate to: “I want to be the very best.” Don’t we all?

What did you think when you first read the song’s lyrics, before you sang them?
[They’re] generalizations, but most pop music is filled with generalizations. They connect to the most people with the least amount of detail. Except for the word “Pokémon,” the song could be sung about anything. “Every challenge along the way with courage I will face / I will battle everyday to claim my rightful place.” Everybody wants to expand and be the best they can. A heart so true with courage and teaching and learning and expanding — it’s all good, positive imagery.

When did you first realize that Pokémon had blown up?
Within the first six months [of its debut]. By the year 2000, there were all kinds of products; it had fully exploded. You would see it everywhere. And it’s still everywhere. It’s consistently everywhere in my life for almost 20 years.

The TV show isn’t even over yet.
A minute-and-a-half intro occupied the time of billions of people. I often think about how often I’ve heard Paul McCartney’s voice. Then I went and saw Paul McCartney live and it was incredible. When he sang, it was like I was programmed to respond to the sound of his voice. I can safely say that most people who are Pokémon fans have heard the Pokémon theme song at least as many times as they’ve heard some of these popular icons like Paul McCartney or Michael Jackson.

Also, the Pokémon fans are investing in the game. It’s not just a song. When you’re listening to Paul McCartney or Michael Jackson, you’re just invested in the song, but when you’re playing a game, there’s a thing you’re doing that’s attached to this song as well. It amplifies the emotional attachment even more.

How did your life change immediately after making the song?
I lived the exact same way, my life didn’t really change other than the knowledge that I was contributing in this way. I do about 100 sessions a year on various projects from background vocals to TV to jingles and my own work as well. I’m not an artist going around, spreading myself as the Pokémon singer. I’m doing my own art, [putting] my own work in the world. I’ve worked with other artists like Oleta Adams, Enrique Iglesias, Aerosmith, Meat Loaf, the Scorpions, and Foreigner. There’s all my work on films from Jersey Boys to The Muppets, up to this recent song for the movie Sausage Party.

That’s a wide breadth of work. Who has been your favorite artist to work with?
That’s really hard. [Working with] Michael Jackson was one of the most impactful experiences of my life, because of the same thing that I said about Pokémon. [Ed.’s note: Paige sang backup vocals at the Michael Jackson: 30th Anniversary Special at Madison Square Garden in 2001, which commemorated Jackson’s three decades as a solo artist.] I had listened to him so much in my life that, to get to experience being with him in person — hearing his voice come at me — was so incredible. It was hard for all of us background singers to focus the first time, to be in the room with Michael Jackson singing. What do you do after that? Pokémon, that’s what you do.

They eventually ended up doing a cover version of “Pokémon Theme” for the movie. How did it feel to hear the movie version with another vocalist while you were stuck with the TV version?
I’m not sure… they thought that they needed a different direction for those things. It’d be nice to do some more stuff with [the Pokémon franchise]. Still, no matter how many other versions they do, it’s the original song that [fans] still want to hear. It makes sense: Who really wants to hear another version of Gilligan’s Island? You gotta have the original.

What inspired you to do the Ron Paul remix in 2012, when he was running for the Republican Party’s presidential nomination?
I was inspired by Ron Paul’s message of liberty. Seeing all of the massive rallies at colleges, I understood the delegate process and I wanted to help people understand that he was getting all of these delegates everywhere he went, and when he finally got to the convention, he’d had enough delegates to win the nomination. Of course, we saw that entire process corrupted again in this particular primary, in both Democratic and Republican sides.

It was nice to see that there’s a lot of Ron Paul liberty-minded people who are also Pokémon fans, which didn’t surprise me because Pokémon’s a very imaginative game. The liberty movement is about people taking control of their lives and using their own resources to expand themselves. You’re your own master, as opposed to a follower. And I think Pokémon teaches that: You are the center of the universe, you are the master, and you can be the very best at being your own self-reliant, independent self through the gathering of these Pokémon that help you find your way in the world. I may be going out on a limb a little bit.

With the song’s sudden increase in Spotify streams, do you see any royalties come back from that?
No, not at all. It was a buy-out in total for all the products that we could identify at the time. In a normal situation, an artist would get a certain amount of money every time something played, but in this case, that didn’t happen. With the billions of times it’s been played in so many different places, you could imagine how much money I would have made if it was a regular artist contract.

They said, “We’re going to pay you in joy.” I never imagined that there would be this much joy that would happen from a thing. And there’s more coming. It’s not over by any stretch. I will create more joy. Pokémon will create more joy — and maybe more money, too.

Please Enjoy a Bunch of Pikachus Dancing to “Uptown Funk,” With a Violent Twist