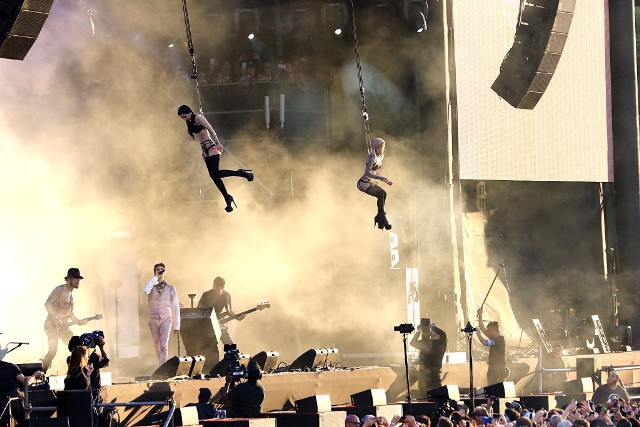 Jane’s Addiction last played the main stage at Lollapalooza’s flagship Chicago event in 2009. Earlier this month, Farrell made headlines complaining about the EDM music that’s become a staple of the festival’s annual lineup.

Red Hot Chili Peppers followed with Saturday’s headlining set on the Samsung stage, including a respectful nod in the form of a Jane’s Addiction cover.

See the full setlist here, and watch Morello and Chamberlin perform with Farrell & Co. below (via JamBase).

Enemies of the State: Rage Against the Machine Strike Back