The song is off his recently released 'Standards' 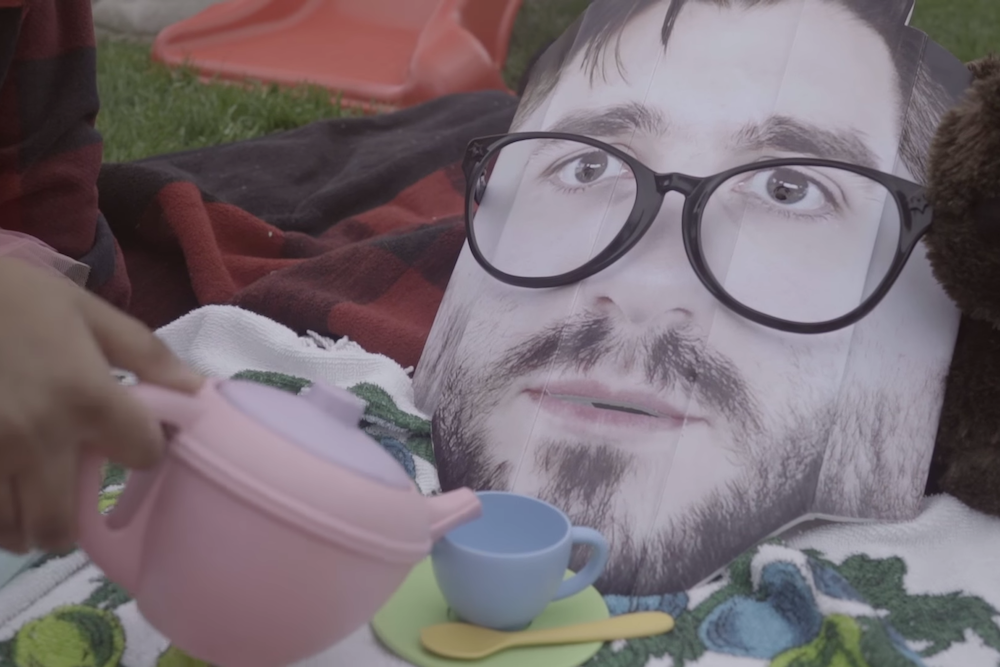 All you really need to be a cool rock frontman is a red flannel shirt and an Evan Weiss mask. At least that’s what the concept is for Into It. Over It.‘s latest video, for “No EQ,” a single off March’s Standards.

The video follows a group of everdyay people doing average things — except they’re not quite average, because they’re wearing Weiss masks. Of course, everyone eventually gets over Into It. Over It. by the clip’s end.

Give the surreal clip a watch below, via Noisey.

Brian Josephs
Tags: Into It. Over It.