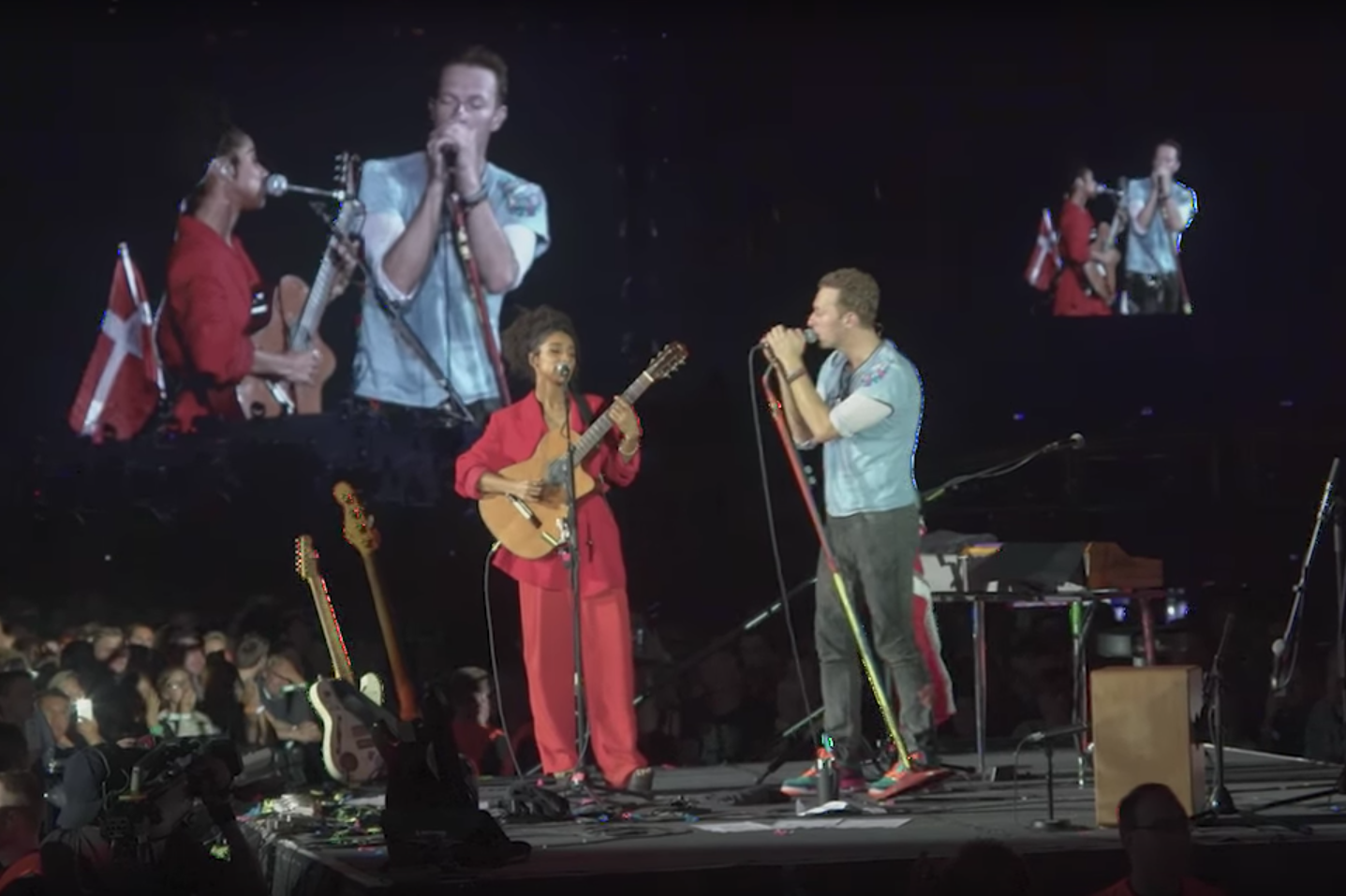 Coldplay performed at Copenhagen’s Telia Parken stadium last night, where singer Chris Martin was joined by soulful English folk performer Lianne La Havas for a cover of Prince’s “Sometimes It Snows in April.” The simple duet omits the full band in favor of La Havas (who once hosted a Prince concert in her living room) on acoustic guitar.