The "rise above" part is literal, by the way 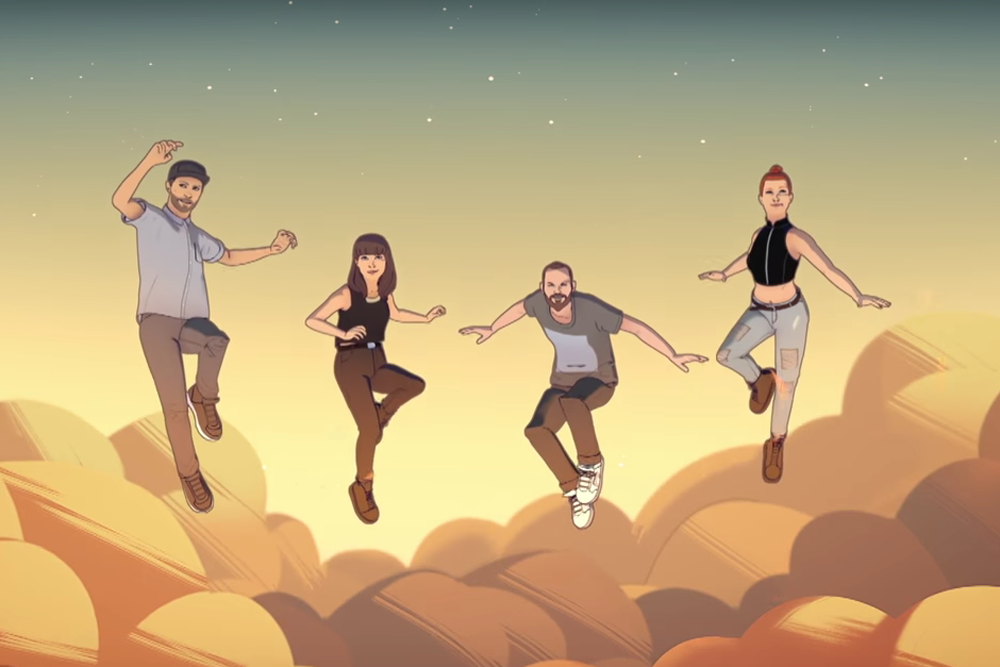 CHVRCHES’ Every Open Eye track “Bury It” has gone through a couple of renditions, the latest of which features a guest spot from Paramore singer Hayley Williams. The Scottish synth-pop trio invited Williams onstage to perform the track with them last year, followed by a studio recording in June. Now, CHVRCHES have released an animated video for “Bury It” featuring Williams, created by collaborator Jamie McKelvie, and illustrated by Mighty Nice. In the clip, the foursome take on superhero-like roles, where they make objects fly around with their minds and then levitate a bit themselves.

CHVRCHES’ Iain Cook says of the video via press release:

Ever since Jamie McKelvie began working with us on CHVRCHES poster designs, we have been discussing ways in which we could further our creative relationship. His work on comics such as Phonogram, Young Avengers and most recently The Wicked + The Divine have cemented his reputation as one of the most unique and exciting artists.

Music has always had a big influence on my work, and making a music video seemed like a natural progression of that. Getting the opportunity to work on this video with such great collaborators — CHVRCHES, Hayley Williams, and Mighty Nice — meant the reality turned out even better than I’d imagined.

Watch “Bury It” below.