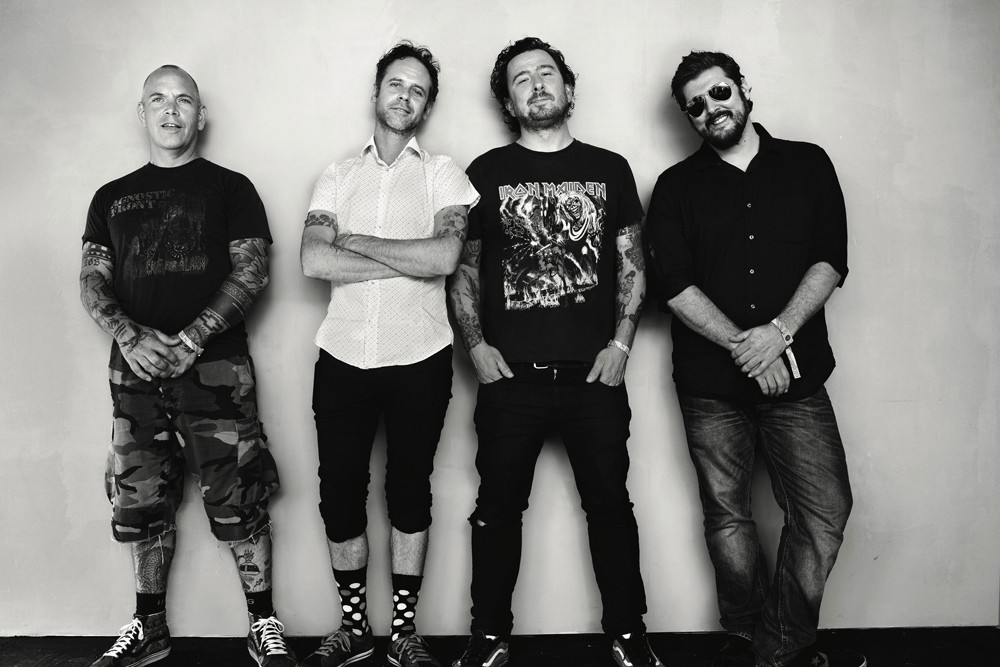 Pogo-punk godfathers the Bouncing Souls are on the cusp of dropping their tenth studio album, well-timed to the recent release of comeback efforts from fellow three-chord veterans like Descendents and Blink-182.

Initially forming in Basking Ridge, New Jersey in the late ’80s, the foursome has opted to call this record Simplicity, a name that harkens back to the breakneck aesthetics of their earlier work. To that end, Simplicity finds the band back with John Seymour, who produced 2001’s How I Spent My Summer Vacation, plus its follow-up, 2003’s Anchors Aweigh.

The songs within concern both the trials of aging (in a screen-obsessed world where they’re “lost to the future, glued to the past,” according to the shouting “Digital Twilight Zone”) and romanticizing responsibility-free youth (the bass-heavy “Driving All Night”). As liminal as Simplicity may be, though, the self-aware punk patrons never sound stuck in the past.

Listen to Simplicity in full below, and grab it on July 29 via Rise Records.