Blowout Offer a New Voice for Emo on the Riotous ‘No Beer, No Dad’ 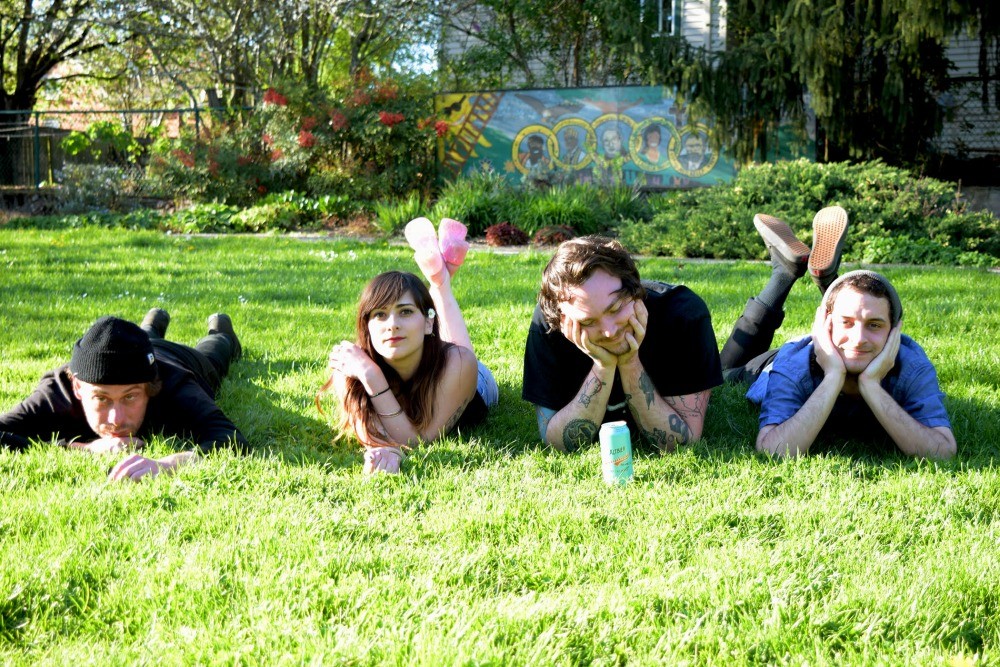 While the late-’90s rise of emo inspired as many fangirls as it did fanboys, the actual band members creating the genre’s canon were predominantly male. So it’s an obvious breath of fresh air to hear Laken Wright, frontwoman of Portland quartet Blowout, taking to songwriting in a style heavily influenced by the genre’s guttural voice and uncommon tunings, with a set of songs that proves just as rebellious and far less whiny than most of her male predecessors.

Spare change and broken couches color No Beer, No Dad, an album whose stories are told in vignettes of discomfort, rather than sagas of gaudy agony. On “Cents Cents Money Money,” the singer muses, “Maybe I’ll find a job someday / Maybe I’ll find the words to say.” Blowout’s angst functions within this kind of insecurity, where songwriting and job-hunting are far more topical than suicide and vanquished love. It’s this tuned-down melodrama that thrives on NBND, the majority of whose songs clock in under three minutes. The record will zip by, but not at a pace too quick to leave a lasting impact on listeners tired of the not-so-good ol’ days.

Listen to the raucous album below and preorder the physical release — out August 5th via Lauren Records/Making New Enemies — either here or here.