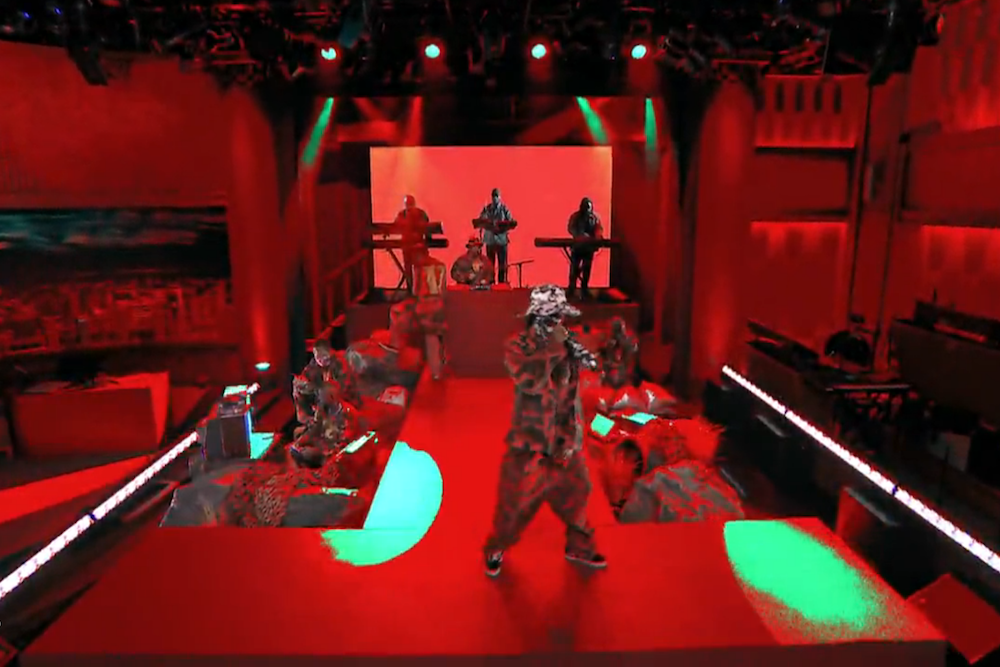 A$AP Mob’s “Yamborghini High,” their jiggy tribute to A$AP Yams, has been out since the top of this year, but the crew is still pushing the single deep into the summer. The collective made their television debut on The Tonight Show Starring Jimmy Fallon, where they donned the same camouflage aesthetic as the song’s music video.

As good as the performance was, it’s probably not going to undo the mess A$AP Rocky caused in the hours prior. After his dismissive 2015 comments about African-American protest made rounds in social media this week, the frontman went on Power 105.1’s The Breakfast Club and stepped on every possible landmine he could as he defended himself. A$AP Rocky said “All Lives Matter” — a phrase that obfuscates the point of “Black Lives Matter” — and said he thinks Bill Cosby is innocent. Not jiggy.