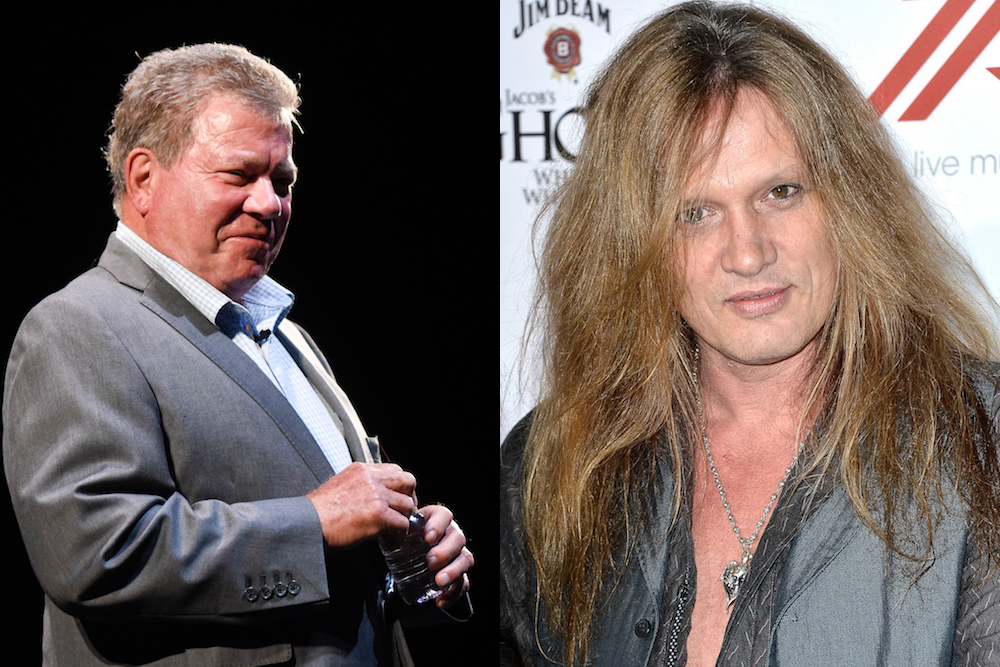 William Shatner used to be Captain Kirk of the Starship Enterprise. Sebastian Bach used to be the frontman of heavy-metal band Skid Row. This week, they’re belligerents in Twitter beef.

Blabbermouth reports that Bach was set off when Shatner sent a purple devil face emoji in response to a tweet that Bach liked. It’s hard to believe that an 85-year-old actor would deliberately throw shade on Twitter, but nevertheless, Bach went off on a barrage of since-deleted tweets that date back to Monday. In the tirade, Bach called Shatner a “dickhead” and posted his Studio City, Calif. address.

Shatner eventually stopped responding to the tweets, but it looks like the two will take their feud to the streets. In the following exchange, they make a date to meet each other in person on June 13 — or at some point. Bach made a vow in one of his deleted tweets: “I will run past your f**king house every day until the day I die.”

@WilliamShatner u don’t have to harass me on Twitter. I live right near u in studio city. I run past your house. Say it to my face 😈

Good. I will run over to your house on the 13th. Perfect day for it. See you soon emoji man https://t.co/gTNSYs7kaY

The two were at least on decent terms before. In 2011, at the Revolver Golden Gods Awards, Bach told Shatner during an interview that he looked up to him. Sometimes, childhood idols become Twitter rivals.