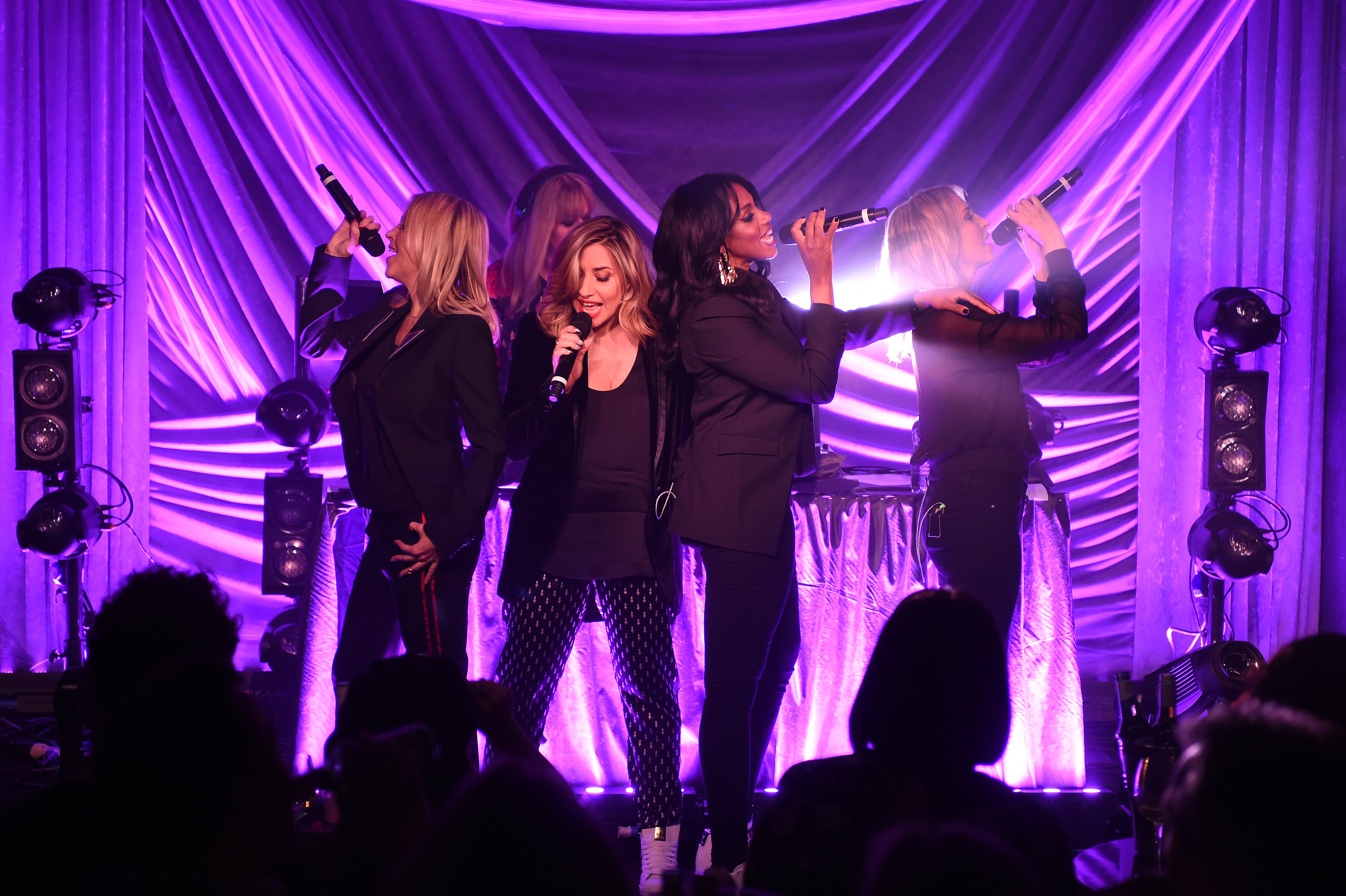 You’d think 2016 was a better year for pop judging simply by the stars who’ve put out full-lengths — Rihanna, Fifth Harmony, and Sia among them — but when Justin Timberlake’s Trolls soundtrack cut is the best thing reverberating from radios and across wedding receptions, we’re really just treading water. Luckily, there are more than enough sub-Top 40 pockets filled with striking production, next-level songwriting, and boatloads of fresh personality to make up for the mainstream’s shortcomings. We’re entering the Beats 1 generation: When Zane Lowe says it’s so, listeners bow to his expertise. A few of the artists featured in our Pop Report owe him a debt of gratitude for casting a spotlight on them; below, we focus on how they fare as Album (or, at the very least, EP) Artists.

All Saints, Red Flag (London)
Of all the girl groups trying to plant their flag on U.S. soil — the increasingly discordant Fifth Harmony, the better-than-you’ll-give-them-credit-for Little Mix — one classic British lineup is perfectly content to stage their comeback on U.K. shores. Around since 1993, All Saints reformed in 2013 to open for the Backstreet Boys’ tour of England and decided that the dynamic worked well enough to dish up Red Flag, a mature but still totally floor-ready return. Across 12 R&B-flavored pop songs, the quartet dishes up candid breakup laments (“Torn up / Stitches of my own heart ache / Violently numb / I’m ready for this storm to come,” from the pounding “One Strike”) atop occasionally brilliant flashes of production — seriously, the staccato synths of “Puppet on a String” are better than anything on pop radio right now. If this ends up being the last effort from these beloved ’90s holdovers, what a way to bow out — and it sure beats the hell out of S Club 7’s reunion bid.

Chloe x Halle, Sugar Symphony EP (Parkwood Entertainment/Columbia)
No surprise that Beyoncé’s proteges sprung up from the YouTube covers game with a bulletproof five-track EP primed to decimate their competition. “Drop” is the sort of song Queen Bey herself would slaughter, dripping with drama and weaving left when all y’all were facing right. They try out spoken word, operatic scatting, and the year’s most entrancing harmonizing. But four songs in is the astounding “Lightning,” an homage to ballroom culture that, coming from an 18- and 16-year-old, respectively, is startling in both its reverence and execution. If this is the kind of ante-upping goodness we’re getting from an EP, an album might just send us into anaphylactic shock.

TIFFANY, I Just Wanna Dance EP (S.M. Entertainment)
Based in South Korea and a member of the country’s reigning pop group, Girls’ Generation, Tiffany Hwang is a 26-year-old soprano hellbent on solo success. With I Just Wanna Dance, which enlists ex-Girls Aloud kindred spirit Nicola Roberts as a co-writer, she’s already most of the way there. The title track is a half-English, half-Korean masterpiece that finds TIFFANY hitting high notes just short of Mariah Carey’s legendary whistles. “What Do I Do” injects rubbery synths into a ’90s-inspired R&B production that the singer jumps rope over. There are some sappy, y-so-srs moments meant to round things out — the monochrome “Yellow Light” being the most sodden example — but TIFFANY, like plenty of other pop singers, is at her best when the pace is fast. Get in formation behind her, before she breaks out like Girls’ Generation’s own Queen Bey later.

Chelsea Lankes, Chelsea Lankes EP (B3SCI)
Having put to tape the only Mötley Crüe cover that could ever be described as “twinkling,” singer-songwriter Chelsea Lankes began bubbling in 2015 and she’s ready to boil over. This spring, the 29-year-old returned with four tight songs that show the leaps and bounds she made in one short year. “Bullet” crams gunpowder into every ventricle of Lankes’ heart, firing off a drumstick-cracking goodbye to an unlucky ex-suitor. Equally bass-heavy and dreamy, “Secret” unfurls in fine form as the singer somehow deglazes the sweetness in a clichéd chorus: “Between you and me / You are the secret I keep.” A talent like Lankes never remains secret for long.

Kiiara, Low Kii Savage (Atlantic)
If Halsey defined Beats 1’s first year sonically, Kiiara’s the wave of the f**ked-up future. Launching her career with the stutteringly icy “Gold” — a worthier “Born to Die” successor than anything from the real deal’s two most recent albums — the disaffected Illinois singer possesses all the chill of mint gum but her hooks are bubblelicious. After Charli XCX’s “Vroom Vroom,” it’s the next logical step to bringing PC Music to the masses. Touched up by technology, Kiiara is half-woman, half-machine, equal parts human and power tool. On “Say Anymore,” her chopped-and-pitched singing rub up against frenzied, synthesized violins. If this spotless alloy combining reality and artifice is pop’s future, let’s roll out a red carpet for our cyborg overlords.

Ladyhawke, Wild Things (Polyvinyl)
Ladyhawke’s long-awaited Wild Things is both a Tegan and Sara-worthy fever dream and a Little Boots-ian collection of expertly rendered synthesized-rock. “Even when I wake myself / I need you to pull me together,” the singer born Phillipa Brown shares on “Hillside Avenue,” one of many standouts. The bass on “Chills” ripples harshly, but the New Zealander’s tongue-twisting songwriting overpowers the noise: “And all the people around / They know that you wear a crown / You start a fire and you’re giving me / Giving me chills,” she sings proudly. Were we all this open and honest, we wouldn’t be half as catchy.

That Poppy, Bubblebath EP (Island)
Anchored by the gurgling No Doubt knockoff “Lowlife,” That Poppy’s memorable new mini-LP is no flash in the pan. Sure, it’d be easy to write the Nashville-born teen off as a serial idea-lifter — “Money” steals a sense of melody from Moby’s housier works, and “Altar” is akin to Kelly Clarkson working with peak-of-his-powers Max Martin — but Poppy’s gussied-up delivery makes the project worth a listen. Stick around for the closer “American Kids,” which is everything Halsey’s “New Americana” so desperately wants to be.

New Kids on the Block, Salt-N-Pepa, Naughty by Nature, and More Announce Tour and Collaborative Song

So, How Bad Is the New Linkin Park and Kiiara Song?