Review: Maxwell Relieves That Stress (on His Syllables) With ‘blackSUMMERS’night’ 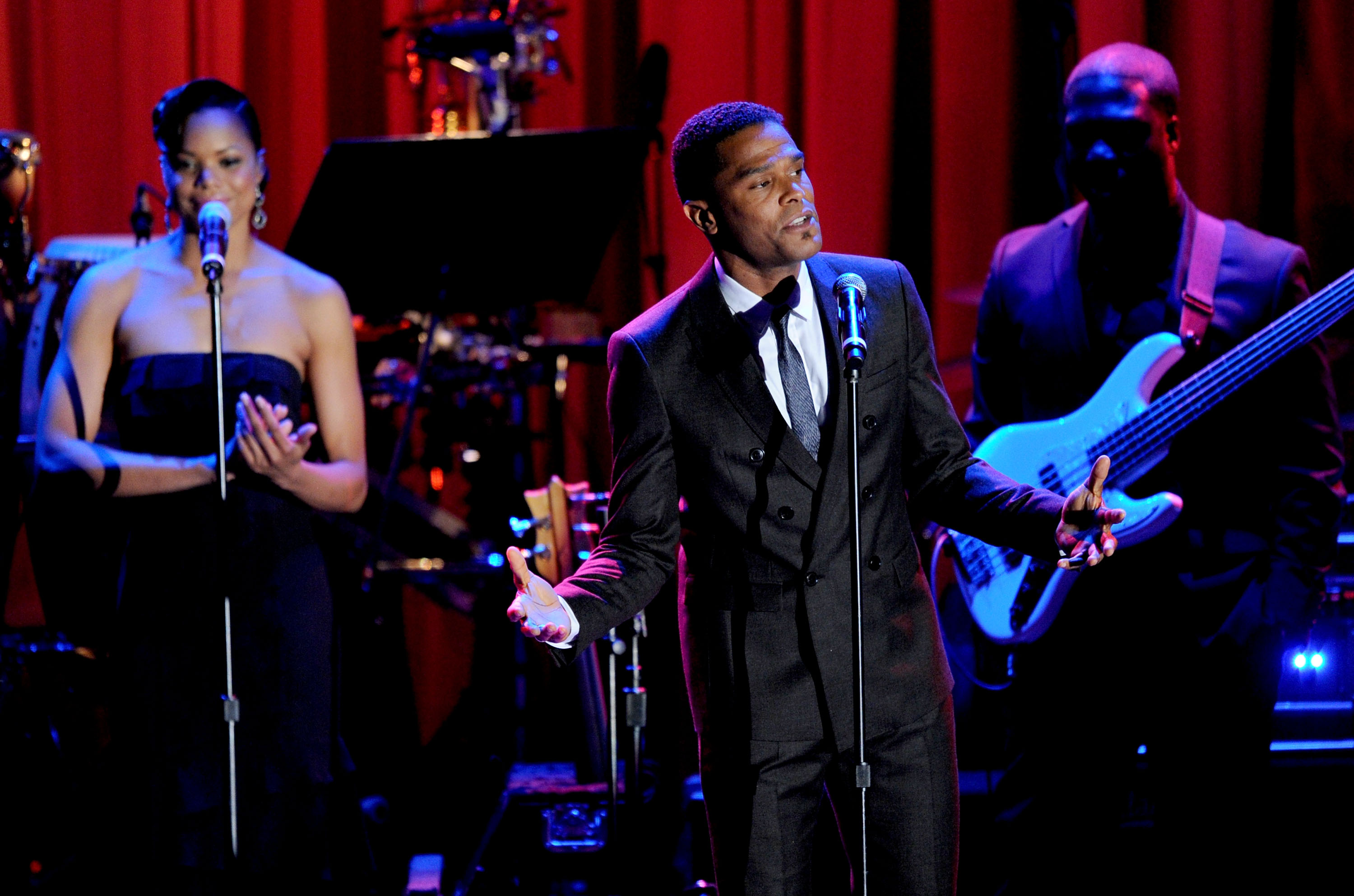 Halfway through his first album since the formation of the Tea Party, Maxwell sings, “I’m hearin’ and I’m sayin’ things all the time / The word on the street is I’m slowly losing my mind,” on a song called “1990x.” Anyone who heard “Lake By the Ocean,” purposefully leaked during one somnolent April week, knows they needn’t have worried. A master class in arranging pianos, strings, and falsetto, fulsome in its wish to connect with an object of desire, condensing a future of possibilities into a metaphor of upper-bourgeois comfort, “Lake By the Ocean” was a new peak for this singer-songwriter. Working again with Hod David, his own Tony Visconti, Maxwell imagined new urban hang suites decorated with accents from the recent past and braided with filigrees of the newly strange.

He’s called this fifth album blackSUMMERS’night. At last his typographical fetishes make practical sense: Maxwell forces listeners to notice other places where the stress can fall, what emphases need noting. Accommodating takes time, though. Take opener “All the Ways That Love Can Feel” — chill-out lounge soul with hints of early Seal, boasting hi-hat, assertive rimshots, and organ blurts over which Maxwell chases a trumpet into an adjoining VIP room. “I know you can hear me,” he sings in his normal register, a shock. Stuart Matthewman of Sade returns for “Lost,” an arpeggiated lament thicker and Gothic-er than previous collaborations.

Evolving from an inchoate and rhythmically lethargic R&B simulacrum to structures that, like a good poet’s command of the sonnet, gave him liberties within the affirmations of form, Maxwell has nevertheless sculpted an aqueous and often androgynous sound. He pledges his troth to Woman while letting the listeners worry about specifics (by contrast, D’Angelo’s fetid, knottier funk is never in doubt about whom it’s addressing). Thank Sade Adu for the tips. That’s why, despite the hot licks, both “Pretty Wings” from 2009’s near-identically named prequel BLACKsummers’night and this album’s “Fingers Crossed” owe more to Luther Vandross and Freddie Jackson than to the Prince-Gaye-Mayfield trifecta often adduced by critics. (Vandross’ Brenda Russell cover, in which the melancholy seeps like wisps of smoke, is a notable precursor.) On “Of All Kind,” so epicene is his falsetto that it seduces itself; it imagines new notes on the scale, and dissolves into air. Appreciators of Urban Hang Suite’s “Reunion” will understand. The command of pitch here is a promise fulfilled, the show of effort a valentine to the object of desire.

So assured of its luxuriance that it clocks in at a trim 46 minutes, blackSUMMERS’night nonetheless leaves one sated. This distillation is purest Maxwell, thanks, and I don’t need another second. Would have been nice to use its predecessor’s envoi “Phoenix Rising” as a new, aerodynamic electro-disco base, but whether cooing love twaddle over hopped-up drumming on “The Fall” or wondrously reconceiving a song with the refrain “You play the game of gods” into a cry of despaired admiration, he’s nudging R&B towards a novel interplay between romance and formal reserve. Brief surrender as concession, not submission — Maxwell plays the game of gods because he styles himself as one, remote but empathetic. Bring on blacksummers’NIGHT.