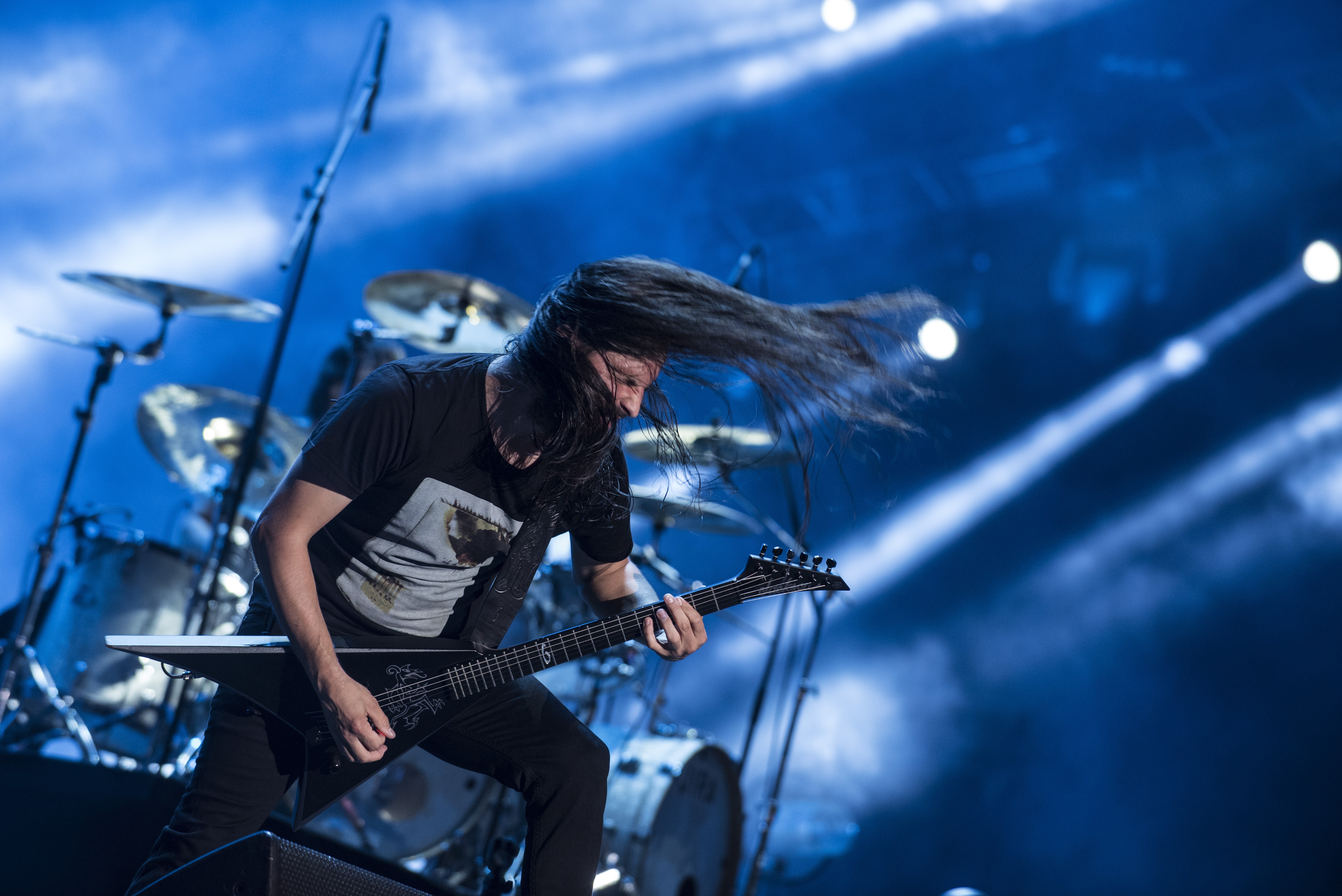 In 1988, Canadian band Voivod pulled off one of the most stunning musical transformations in heavy-metal history. After three albums that pushed the boundaries of extreme metal further than anyone else at the time, the Québecois foursome shifted gears entirely: Anarcho-punk, industrial, and krautrock had crept into the band’s sound to the point where they felt the need to create more space in the music to allow those sounds to bleed through. The speedsters in the metal scene didn’t know it at the time, but what they really wanted was Voivod’s eternal slowdown, and they got it in the form of their 1988 masterpiece, Dimension: Hatröss. Like Celtic Frost’s 1987 classic, Into the Pandemonium, it was a crucial lesson: In a genre as bent on extreme one-upmanship as heavy metal is, less can often be far, far more.

While Terminal Redux, the astounding new album from progressive thrash outfit Vektor, is profoundly influenced by the blazing speed and innovation of Voivod’s 1987 album, Killing Technology, it’s Magma, the sixth album by French band Gojira, that ingeniously tinkers with the Dimension: Hatröss model. What makes Magma so intriguing, though, is that nearly 30 years after Voivod’s groundbreaking creative leap, Gojira have collapsed every lesson into a more accessible package that may even warrant commercial success.

Led by the brothers Duplantier, guitarist/singer Joe and drummer Mario, Gojira have been on this trajectory for the past decade. Since 2005’s breakthrough, From Mars to Sirius, the band has experimented with atonality and minimalism, with a sly nod to Meshuggah’s muscular rhythm-riffing. Coming after 2008’s more progressive The Way of All Flesh, 2012’s L’Enfant Sauvage attempted to create a leaner sound without compromising what had become a unique signature style. It paid off, charting in the top 40 of the Billboard 200 and elevating the band into formidable headliners.

There were still plenty of kinks to work out, though, and on the leaner, extraordinarily concise Magma, you hear Gojira becoming even more fully realized. Always capable of clever songwriting, the Duplantiers, along with guitarist Christian Andreu and bassist Jean-Michel Labadie, strip their distinctive sound down even further, most often building songs around one insidiously catchy riff and resisting self-indulgent flights of fancy. It’s common for young acts in modern metal to show astonishing technical skill but no sense of restraint. By contrast, there’s little else out there like the taut, minimalist Magma right now.

That sense of control is immediately apparent on opener “The Shooting Star.” Featuring a monstrous riff reminiscent of Far Beyond Driven-era Pantera, the song could easily shift into overdrive. Instead, they hold back like their forebears did in 1988, giving the music room to breathe, and allowing for a detached vocal performance by Joe Duplantier that bears yet another uncanny similarity to Voivod’s Denis “Snake” Belanger.

When the more intense moments do kick in, though, Gojira’s command and focus never wanes. “Silvera” juxtaposes gigantic, palm-muted crunching with lithe lead melodies, creating a sense of power and majesty. On “The Cell,” Mario puts on a three-minute drumming clinic while the string-bending riffs lurch away, before “Stranded” follows with its squealing riff, martial beat, and impassioned chorus. The strange discordance dominating the somber title track will wriggle into your consciousness before “Low Lands” brings the album to a stately climax, with Joe opting for positivity rather than tired doom and gloom: “In all there is to learn / The sun is on our side / And though you’re on the run / You will survive.”

While Voivod did achieve a spell of mainstream notoriety with the brilliant Nothingface by 1989 (remember when Faith No More and Soundgarden opened for them that year?), it’s their students who have followed their example and pushed their ideas into new echelons. It’s been a slow build, but if ever there was a moment that signaled the Gojira’s status as leaders in the continuing evolution of the genre, it’s now.

Gojira Share ‘Born for One Thing’ Single Ahead of Fortitude Album